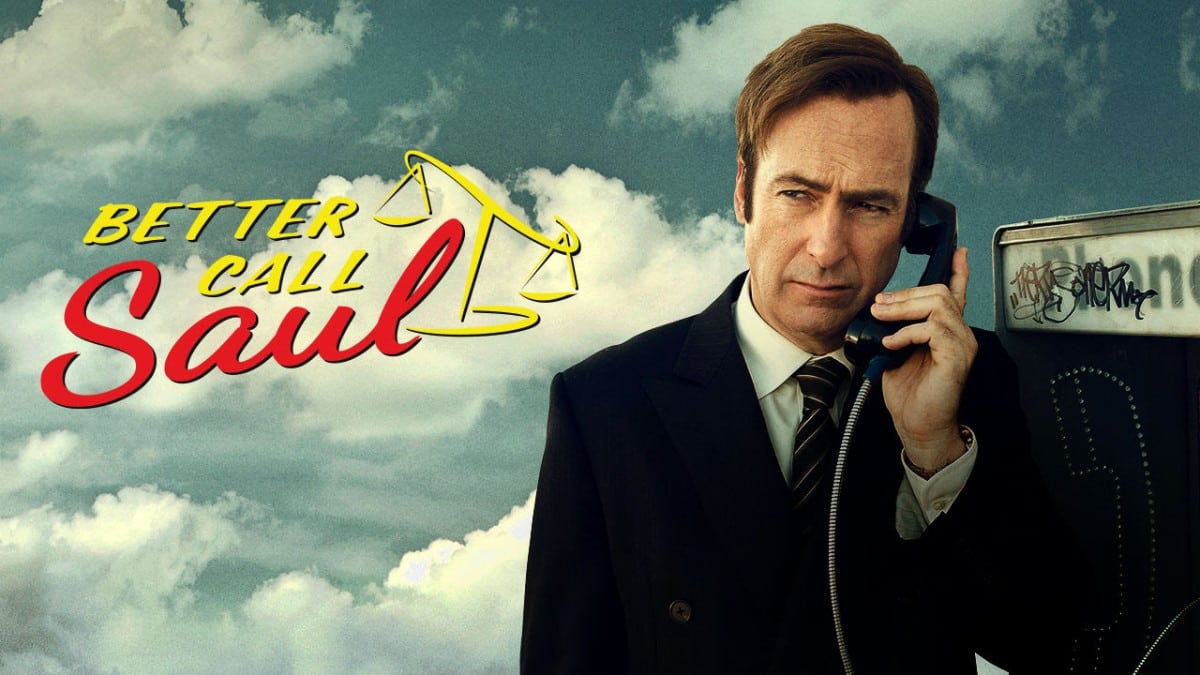 After taking several hours to research the best safe and legal methods to watch Better Call Saul online (the AMC TV show), our team ultimately decided Netflix is the best way to begin the series from the start (season 1, episode 1) or to catch up if you have missed any episodes from the first two seasons.

For anyone who is international, the rights to stream Better Call Saul on Netflix may not be available in your region. While this is unfortunate, there is a workaround that remains legal through a loophole.

By using a service like NordVPN, you can spoof your IP's location to the US and instantly access all content licensed for streaming within the United States including Better Call Saul (along with Breaking Bad).

If you want to watch the most recent episodes from Season 3 of Better Call Saul, then you'll need to wait until they are added to Netflix or purchase access to watch the latest episodes of the series through a content distribution service like Amazon Instant Video (no Prime required) or FandangoNow.

With the success of AMC's Breaking Bad series which commenced in 2013, the network decided to create a spin-off series based on the lawyer character by the name of Saul Goodman played by Bob Odenkirk.

Better Call Saul focuses on Odenkirk's character six years before his appearance on Breaking Bad when he was just a small-time lawyer whose real-name James Morgan McGill. The series first aired on February 8, 2015 on AMC and has recently finished airing its third season comprising 30 episodes in total with the future of the series still to come.

Better Call Saul has been nominated for many prestigious awards and accolades including the Critics Choice TV, American Film Institute, Golden Globe, and Primetime Emmy Awards. Bob Odenkirk has won several of these honors for his role as the lead character Saul Goodman. Chances are most of you have found this article looking for a way to watch Better Call Saul online for free or a low-cost, legal solution. Fortunately, the series has many ways to start watching from the beginning or catching up on any episodes you may have missed.

In the remainder of this guide, our team will introduce you to a few ways to stream Better Call Saul online. We have evaluated these methods to all be safe and fall within the legal grounds of distribution.

Our efforts will focus on those in the United States (as this is where most of our visitors come from), but some of these methods may also work for those located internationally although this might require the need to utilize a VPN service to obtain access. Netflix is one of the most popular streaming platforms for video and also one of the most widely supported services in international regions. The United States version of Netflix has access to the entire first two seasons for Better Call Saul for streaming HD (or even 4K) on an unlimited basis for the included monthly subscription fee.

If you are in an international region, then Better Call Saul may not be available through your Netflix account. In this case, you can move onto one of the other methods below or use a VPN service like NordVPN to spoof your location to the US to bypass the region lock from Netflix on Better Call Saul streaming.

As you probably realized by now, Netflix does not currently offer streaming of any of Better Call Saul‘s season three. If you are trying to stream or watch the latest episodes, then you'll have to wait for Netflix to get access to season 3 within their streaming library or move on to another method. Pricing for Better Call Saul episodes are $2.99 for high definition ($1.99 for standard definition). You can get a discount by purchasing the entire season which starts at $14.99 for season one in HD and jumps up to $24.99 for season two and three.

Amazon Instant Video is one of our favorite premium video distribution services as they offer some of the best selections of TV shows and movies at affordable prices. Better yet, their Instant Video service is compatible with almost every multimedia device including most smartphones, tablets, computers, smart TVs and dedicated streaming accessories. Apple has their own multimedia distribution service through iTunes which is a platform designed for users of their hardware devices and offers the first three seasons of Better Call Saul for purchase.

The pricing goes alone with Amazon's episode pricing with a $2.99 charge each. On the other hand, the seasons are all priced at $24.99. This means that you will not get the same $10 discount on season one as you would through Amazon.

For those unfamiliar with iTunes, the service is ideal for those looking to stream or watch digital content through an Apple device like an iPhone, iPad, Apple TV or Mac computer. If you are planning to watch Better Call Saul through a device that is not found within the Apple ecosystem, then you'll probably want to choose another provider like Amazon over buying through iTunes. Vudu is lesser-known video distribution service, but they were acquired by Walmart in 2010 for a reported $100M. The company operates similar to Amazon Instant Video and offers access to all three Better Call Saul seasons as well as the ability to purchase individual episodes.

The pricing structure for Better Call Saul content is the same as Amazon and iTunes for episodes at $2.99 for HDX (a fancy marketing term for HD) or $1.99 for SD. However, the per season pricing for high definition is $25.99 for season one and two and $24.99 for season three which makes it the most expensive per season charge of all of these content distribution services.

In terms of streaming compatibility, Vudu is widely supported though not as much as Amazon. There are dedicated Vudu applications for mobile devices, streaming accessories like Roku and modern game consoles. Fandango is often known by consumers as a way to buy movie tickets online, but they also offer a FandangoNow product which offers paid distribution of digital movie and TV show content. All three seasons of Better Call Saul are available through FandangoNow.

Pricing is cheaper than the other paid access services with HD episodes available for just $1.99 (versus the $2.99 of Amazon, iTunes and Vudu). Seasons one and two are priced the same as iTunes and Vudu at $24.99, but season three is offered for slightly cheaper at $23.99.

FandangoNow content can be streamed through many different avenues including most smart TVs, Xbox gaming consoles, Roku streaming accessories, modern web browsers and both iOS and Android mobile devices.

Priced at just $20 per month, Sling TV's base ‘Orange' plan offers 25+ channels of live TV streaming including AMC of which airs new Better Call Saul episodes. Sling TV is a reputable live TV streaming service that is a subsidiary of DISH.

However, there is no on-demand playback of Better Call Saul included so you'll have to watch the new episodes live or catch any reruns that air on AMC in the off-hours. None of the SlingTV plans come with a free Cloud DVR functionality, but you can add this on for an additional $5 a month.

With Cloud DVR, you can schedule automatic recordings of Better Call Saul or any other TV show you wish to watch and the service will automatically save the episodes in the cloud for later playback. Keep in mind, this $5 add-on only includes 50 hours of storage so you'll have to use it wisely. You have made it to the end of our guide and we hope you found an ideal streaming solution to enjoy the various situations that Saul gets involved with throughout this excellent television series. At this time, the listed methods are the best solutions for to stream of watch Better Call Saul online.