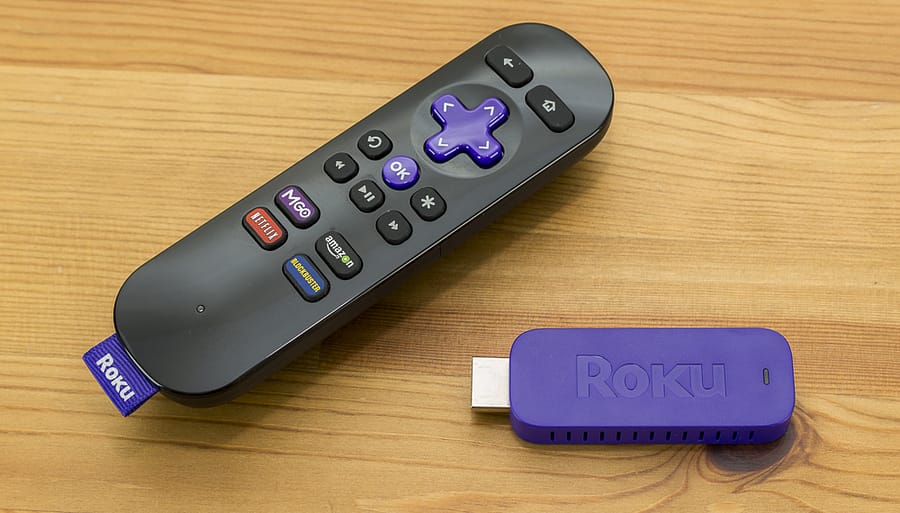 Get The Best Price On A Roku 3500R Streaming Stick

The first Roku streaming box was announced in May of 2008, and the company has made large strides throughout the past six years. This mission to bring their streaming media “channels” into the homes of consumers has been a success and each year the company improves upon their products.

They unveiled their 3500R Streaming Stick just last year and it offers the vast majority of the features from a traditional Roku box while only taking up the space of an oversized flash drive. This wasn't the first efforts Roku made towards a streaming stick, but their previous generation 3400M model didn't fair too well at market due to its use of a MHL connection over the more standard HDMI connection found in the 3500R version.

With a price tag of $49.99, Roku's 3500R Streaming Stick offers great value on the dollar and rivals that of Google's $35 Chromecast. At their core, these devices differ greatly in functionality, and I'll explain this more a later point in this review. 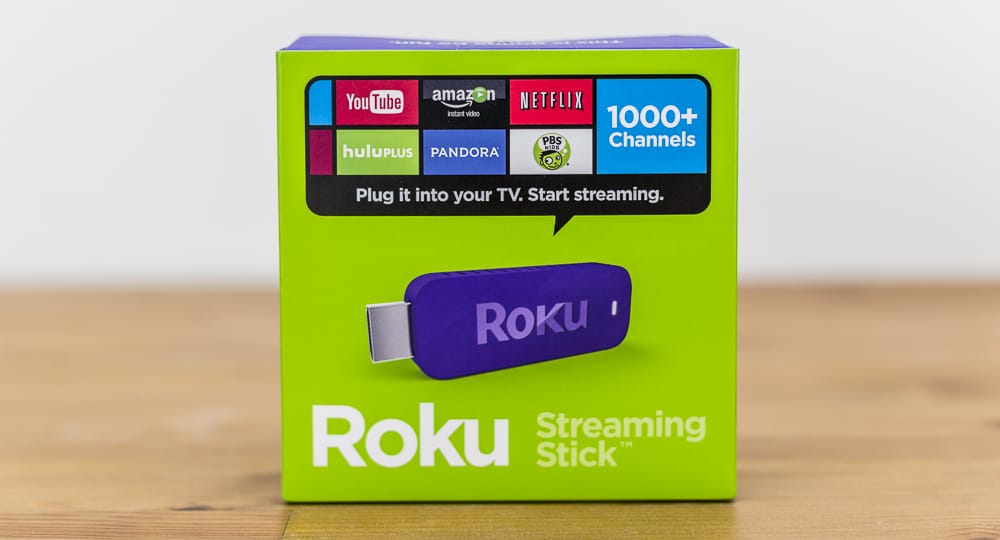 Inside the Roku packaging, you'll find the following items:

The Roku Stick itself is similarly sized to a Chromecast and by that I mean it is basically an oversized USB flash drive. On one end, there is the male HDMI connection and on the other you'll find a female Micro USB port. The branded blue chassis is made of a cheapish plastic which is expected at this low price-point. The sides are vented for cooling purposes, and one size offers a blended-in reset button.

The included remote is far bigger than the streaming stick itself and is nearly identical to the traditional Roku remotes that I've used in the past. While it doesn't feature an integrated QWERTY keyboard or a number pad it does have buttons dedicated to traditional functions like fast forward, pause/play, and rewind along with four specialized buttons for easily accessing streaming services like Amazon or Netflix. 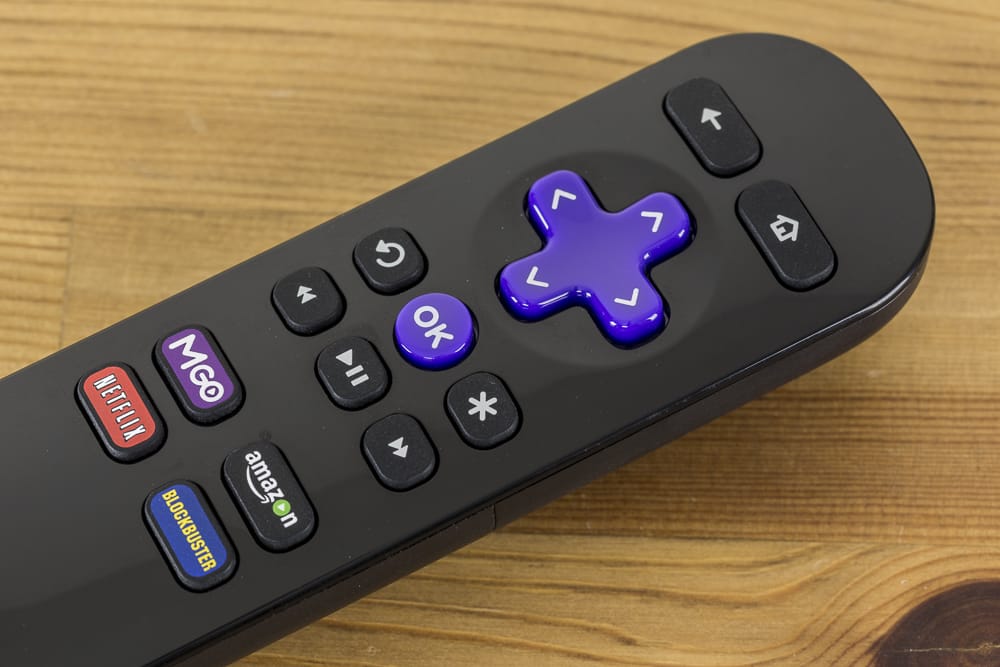 In case you aren't familiar with what a Roku is, I'll give you a brief explanation. Both a traditional and streaming stick Roku function as a standalone device for access to “channels” which are made up of streaming media services, games, and apps. To put it simpler, the Roku Streaming Stick can take a standard, entry-level HDTV and allow it to take on “smart” features. This is entirely different when compared to a Google's media unit since the Chromecast is NOT a standalone device and requires an external resource for media streaming whether it be a computer, smartphone, or tablet.

Inside the Roku store, there are hundreds of channels (I can't find the exact number anywhere) including both free and paid options. Here are some of the more popular, well-known channels:

The 3500R is compatible with any HDTV that has an available HDMI port. With that being said, your HDTV must have a USB port to supply power to the Roku Stick or else you'll need to utilize a USB to wall adapter. I was disappointed to see a USB power adapter is not included as Google chose to provide one with their lower-priced Chromecast competitor, so there isn't much of an excuse. It isn't a huge deal as you probably have one lying around from an old smartphone or tablet, if not you can pick one up for under $7.

In addition to utilizing the physical remote included with the Streaming Stick, you also have the option to download the Roku Remote app which is available on both the Apple App Store and Google Play. The app allows you to take advantage of a touchscreen remote interface as well as utilize a full QWERTY keyboard. Pairing the app with you Roku simply requires selecting the Streaming Stick after it finishes scanning your network for eligible Roku devices.

The installation for the Roku Stick is rather simple. After inserting the device in an HDMI port and supplying power via the USB cable, you will be asked to go through a selection of screens to register your device and get up and running. Once you hit the main Roku menu screen you can start browsing channels and add your favorites to the home screen.

Throughout my testing, I mainly utilized the Roku for the Netflix and TWC TV channels. The Netflix interface is clean and attractive and offers a very native feel which is great for browsing their streamable titles. Those who have  Time Warner Cable can use their TWC TV app to skip the need for a physical cable box (thus saving up to $20 a month in rental fees), but the channel selection is somewhat limited for live viewing and I did run into some connection problems every once in awhile.

The 3500R offered consistently steady streaming for the most part when using these two apps. When it comes to playback quality, it will be greatly reflected by the speed of your Wi-Fi and the Roku's location in proximity to your wireless router. I found the Roku app made navigating the menus and searching for channels/titles easier thanks to the QWERTY keyboard access. 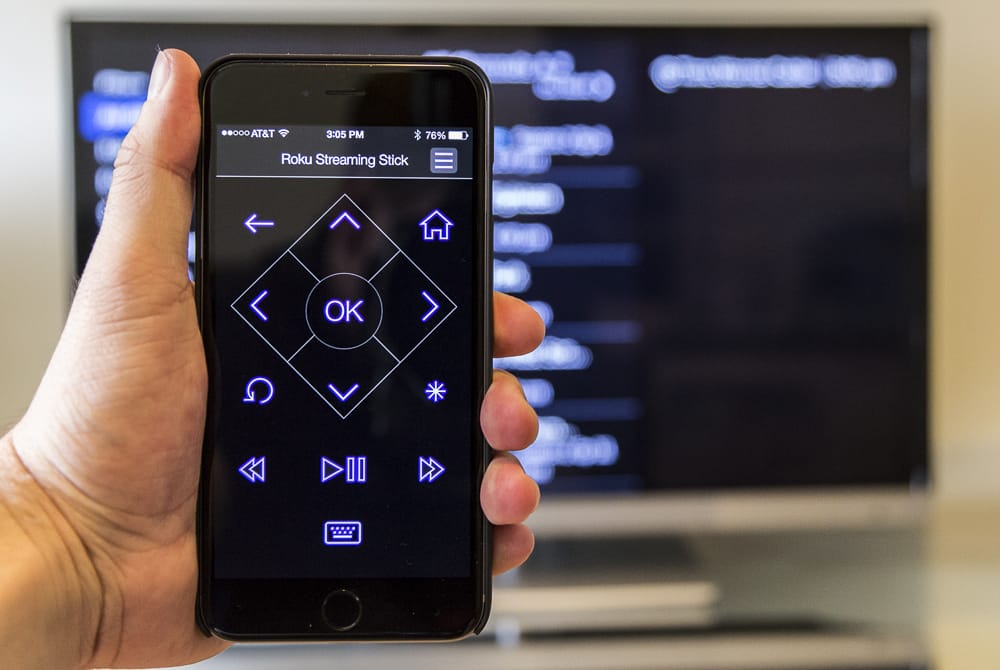 Overall, I think Roku hit one out of the park with their 3500R Streaming Stick and is a must-have accessory for anyone looking to take their entry-level HDTV's features to the next level. While it is slightly more expensive than Google's $35 Chromecast, it truly is a standalone device that is capable of streaming a wide variety of content and is much more versatile. If you are in the market for a media streaming accessory for your HDTV with a limited budget, this $50 Roku Streaming Stick cannot be beat.