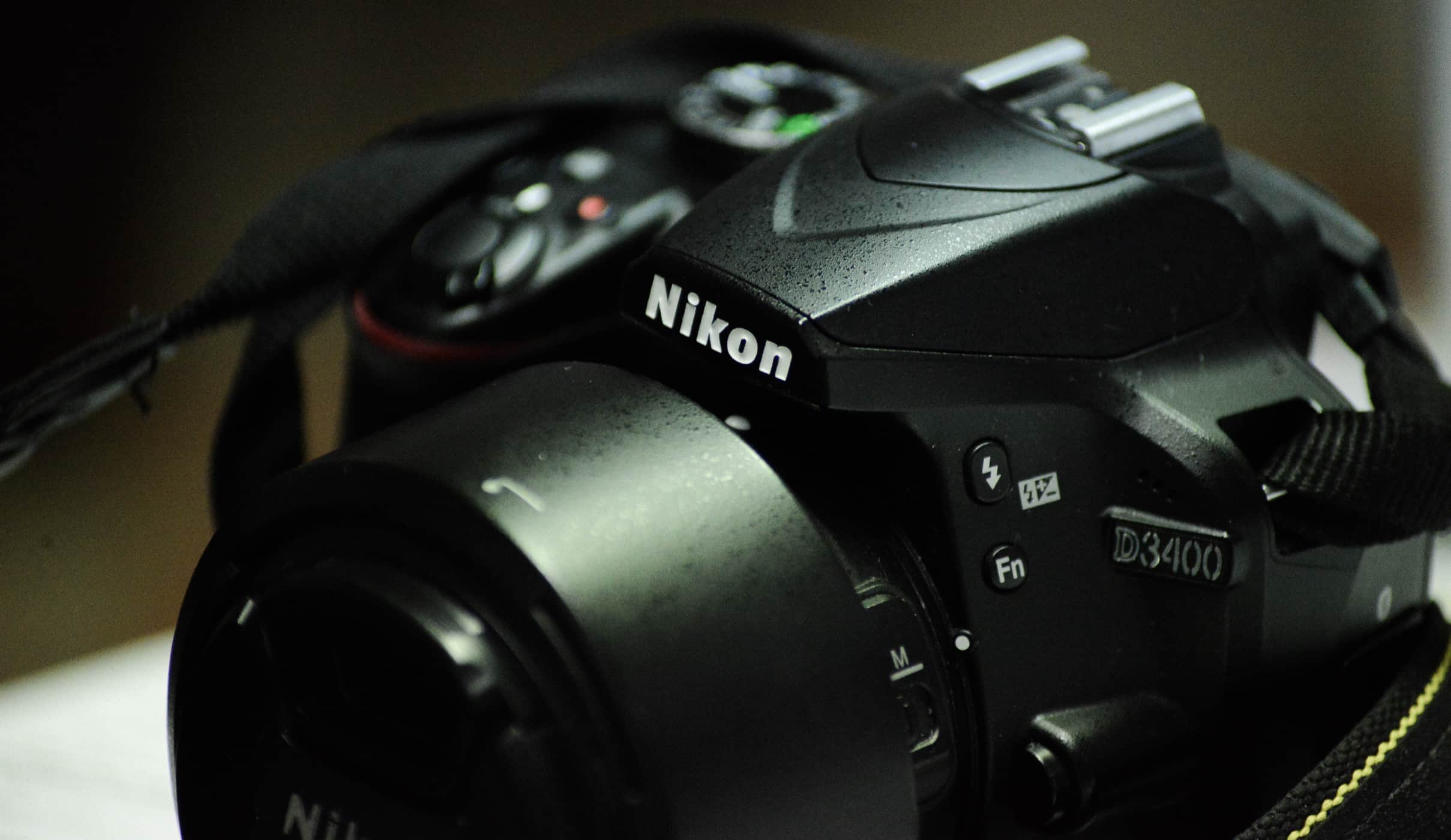 Among the entry-level market, Nikon's D3400 DSLR camera has been a major hit with consumers. This is likely due to the D3400's competitive specifications, high-build quality, and most importantly, a price that won't break the bank. The D3400 even made it onto our list of the best DSLR cameras under $500.

As with any electronic, batteries wear out over time. Some consumers like to stock up on additional spare batteries to be able to swap out when one dies. In the rest of this article, we will inform you as to which battery and charger the Nikon's D3400 requires and where the best retailers to purchase these accessories.

What Battery Does The Nikon D3400 Use?

The D3400 utilizes Nikon's EN-EL14a battery which is included with the camera and is the best option overall. However, Nikon also offers an EN-EL14 battery which is similar but has a slightly lower capacity, thus giving it less usage time than the ‘a' version. The difference is equal to 17.6% of the total battery capacity (1250 vs 1030 mAh)

Pricing wise, the D3400's EN-EL14a battery is sold through most traditional online photography retailers for around $40. The EN-EL14 sells for around the same $40 price-point. Due to this, the EN-EL14a is the best OEM battery of choice for a Nikon D3400. These Nikon batteries can be charged via the MH-24 quick charger accessory which was included with your D3400 camera. 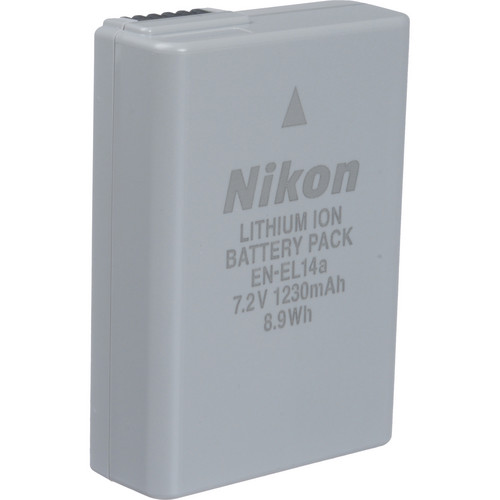 So far we have talked only about using OEM batteries in your Nikon D3400, and some photographers will tell you that these are the only batteries that you should be using. However, the truth of the matter is that there are several good aftermarket battery models for the D3400 that can get you extra juice for your camera without spending as much cash.

While these concerns can be legitimate enough to dish out for Nikon's own OEM batteries, most of our experience with aftermarket camera batteries across a line of different brands have been overwhelmingly positive. While you are taking a small risk, you can often avoid the headaches of aftermarket battery issues by choosing a reputable battery model that has plenty of good reviews to back its performance versus OEM.

Looking at the aftermarket battery market for the Nikon D3400, there are a ton of options to choose from. In some cases, these batteries may be the same internally and come from the same factory in Chinese but are marked with different casings depending on the reseller's branding choice.

Over the years, we have purchased, used, and tested many aftermarket accessories for DSLR cameras, and most of them were batteries. To date, we have found two major brands that we think are on par with the OEM batteries most DSLR cameras ship with and they often significantly cheaper. These battery brands are Wasabi Power and Watson: 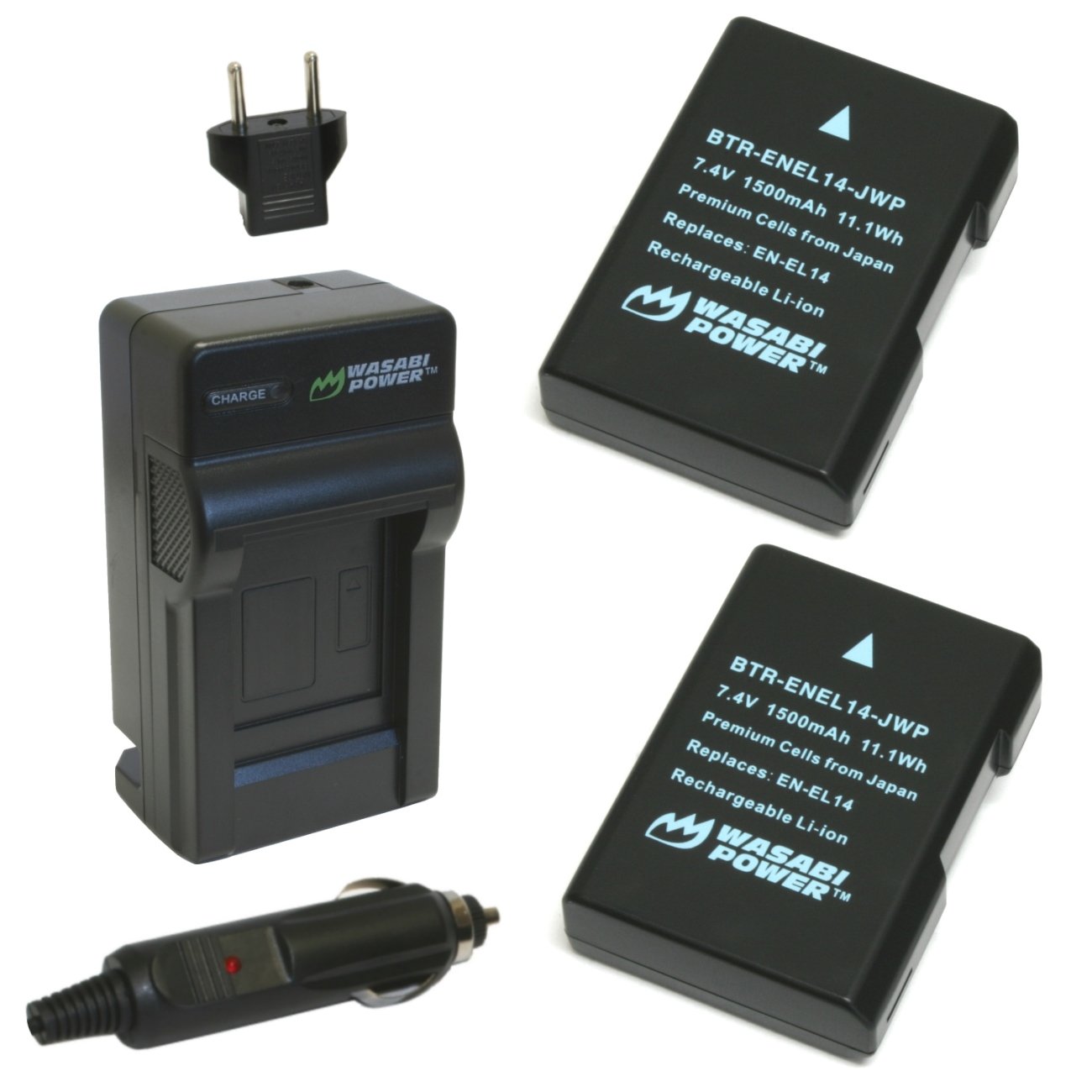 Our first choice for an aftermarket battery solution for the Nikon D3400 is Wasabi Power's EN-EL14a battery bundle. For under $30, you get a two-pack of EN-EL14a batteries with a compatible power charger with a fold-out US plug. In addition, this charger includes adapters for a European plug and car charger.

Beyond the included accessories as a nice bonus, these Wasabi Power EN-EL14a batteries will power your D3400 longer than an OEM battery. This is because the capacity of these batteries is significantly higher with an extra 250 mAh compared to Nikon's EN-EL14a (1500 vs 1250 mAh).

The second choice and runner-up in the aftermarket battery market for the Nikon D3400 is the Watson EN-EL14a battery sold on B&H. Watson makes aftermarket lithium-ion batteries for many different cameras and their performance and reliability have always been stellar in our testing.

Unlike the Wasabi, the value isn't as good as you only get one battery and no charger. This Watson battery is $10 cheaper than Nikon's OEM model, but it is only 1150 mAh so it's 100 mAh lower capacity.