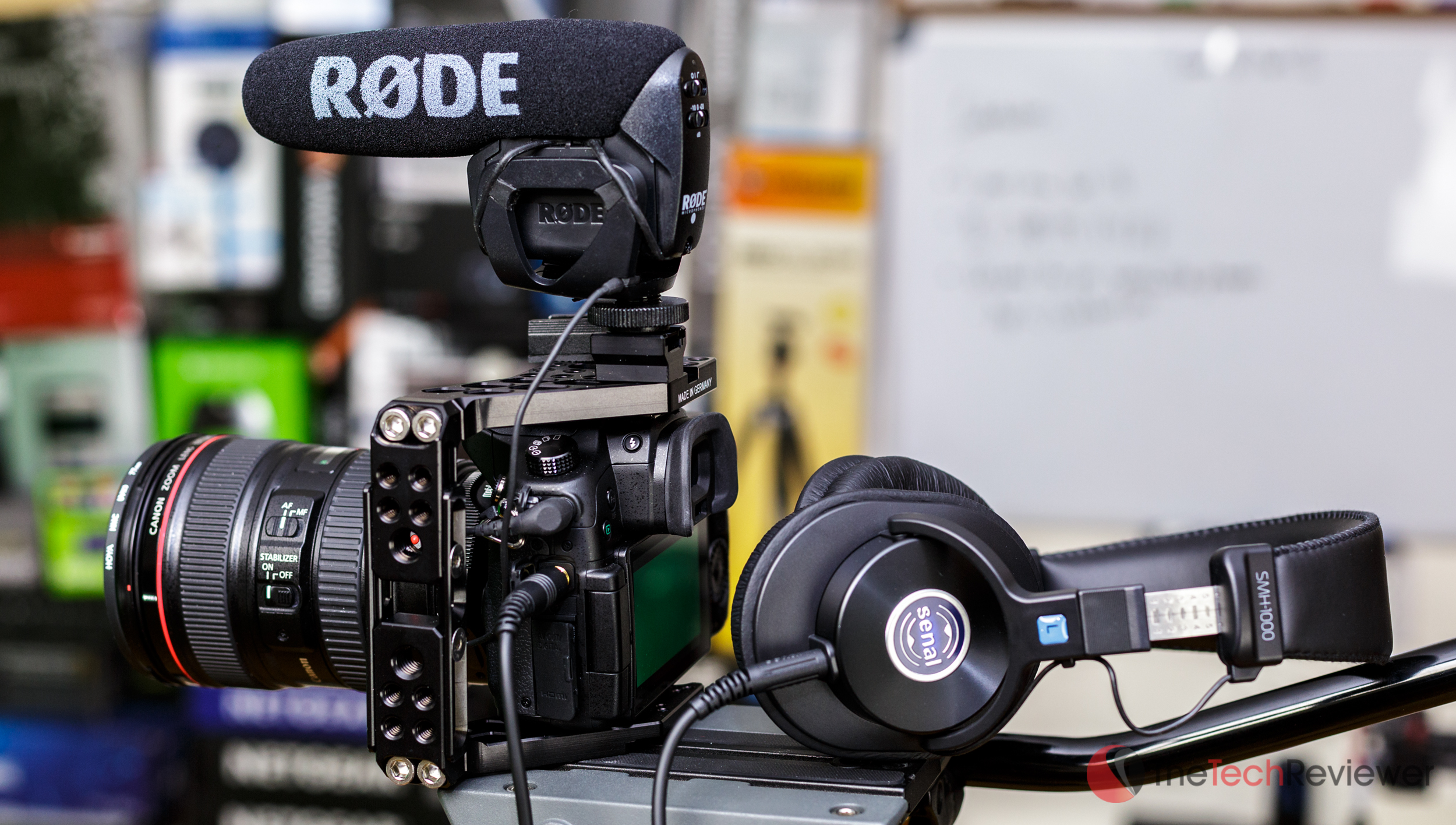 13 Features That Make The Panasonic GH4 Great For Video 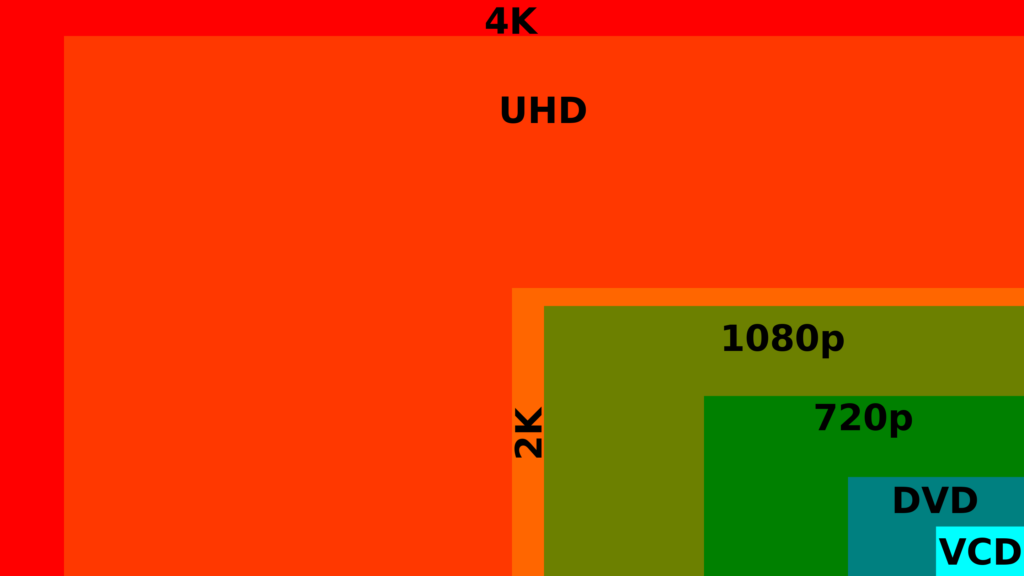 Considering this is one of the main selling points of the GH4, I think it is sufficient to list it as #1 on this list. The Panasonic GH4 is one of the few mirrorless cameras that is capable of shooting 8-bit 4:2:0 4K internally and the only one to offer this type of advanced functionality at this price-point. Even if you are only planning to deliver your video in 1080P at the end, there is still a huge benefit for shooting in 4K as you have much more versatility in post.

While 8-bit 4:2:0 4K recording is more than suitable for most consumer's video recording needs, Panasonic made sure to include 10-bit 4:2:2 4K support via the HDMI out. This feature is really only there for a serious amateur or professional videographer as the increase in file size is much more of a burden along with the need to buy an external recorder (such as the Atomos Shogun) which will end up costing more than the GH4 body itself.

Slow-motion shots often result in some of the most powerful and cinematic video footage. Thankfully, Panasonic opted to include a variable frame-rate function within the GH4 which offers 96 frames per second at full 1080P HD. This superior functionality does come at a price with a lack of audio as well as no support for video autofocusing. 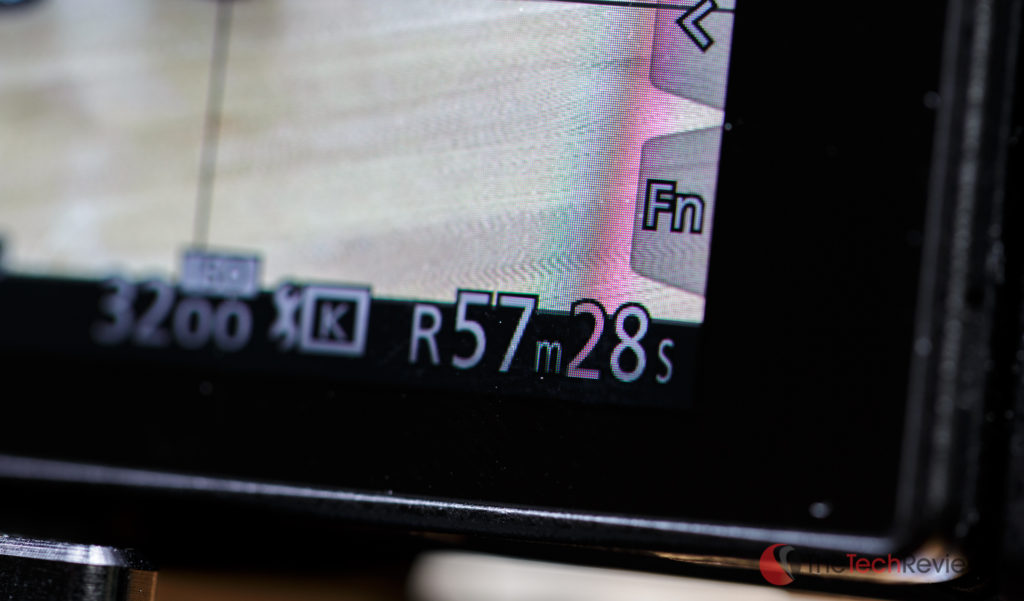 4. No Limit On Recording Length

Most people will be using the GH4 to shoot short video segments which will then be stitched together in post-production, but some may want to shoot a long presentation, keynote, or speech without interruptions. This would require the camera to be continuously rolling for a long period of time so an uncapped recording length is preferable.

Many DSLR competitors that shoot video (Canon, Nikon, etc.) suffer from a time-restriction (typically 29 minutes and 59 seconds) due to an EU legality. However, Panasonic's GH4 will record a clip as long as you have empty storage. This means you could potentially shoot continuously for hours with a large SD card (such as a Transcend 128GB) while only having to clip record once. Keep in mind, the GH4 will automatically split a long clip into 4GB files though no data will be lost in-between files.

Utilizing a histogram can vastly improve your captured video footage as it helps to refrain from clipping within the shadows and highlights thus losing important details within your shots. The GH4 allows you to utilize an overlaid histogram at all times (both prior and during recording) and this histogram's position can be dragged about the frame via the touchscreen to keep out of the way of your subject.

Today's DSLRs and mirrorless cameras can be configured to offer very shallow depth which makes for an impressive result when focused correctly. With the GH4's built-in focus peaking, you can clearly see which elements of your subject are in focus via the rear LCD as well as the electronic viewfinder. You can change the focus peaking tolerance from low to high as well as adjust the focus peaking output color.

Zebras are another common tool for a seasoned videographer as it offers the ability to pinpoint lost details in a scene's highlights without any extra effort. The GH4 provides the ability to enable/disable zebras as well as set the minimum brightness value (between 50-105%) for two different zebra profiles.

While I'm not a huge fan of automatic focusing for video work, the GH4's ability to enable continuous autofocus for video is an excellent feature for less experienced users. Since the autofocus offers face detection mode, this can be especially helpful for someone who wants to be in front of the camera and does not have anyone to adjust or monitor focus while recording.

While it is almost expected at this price-point, the GH4 offers both an input for an external microphone (such as the Rode Videomic Pro) as well as a separate jack for real-time audio monitoring via headphones. In addition to the live audio monitoring capabilities, the GH4 also has toggle-able audio monitoring levels that can appear on the rear LCD panel.

Achieving a flat picture-profile has many advantages if you plan to do a lot of manipulation in post-processing so the included Cinelike D & V picture profiles are a nice inclusion from Panasonic, right out of the box. Surely they aren't as impressive as the S-LOG functionality found within the higher-priced Sony A7S although there are rumors circulating that Panasonic may introduce a free V-LOG profile update that will make it a close rival. (UPDATE: V-Log is now available for pre-order at a $99 upgrade) 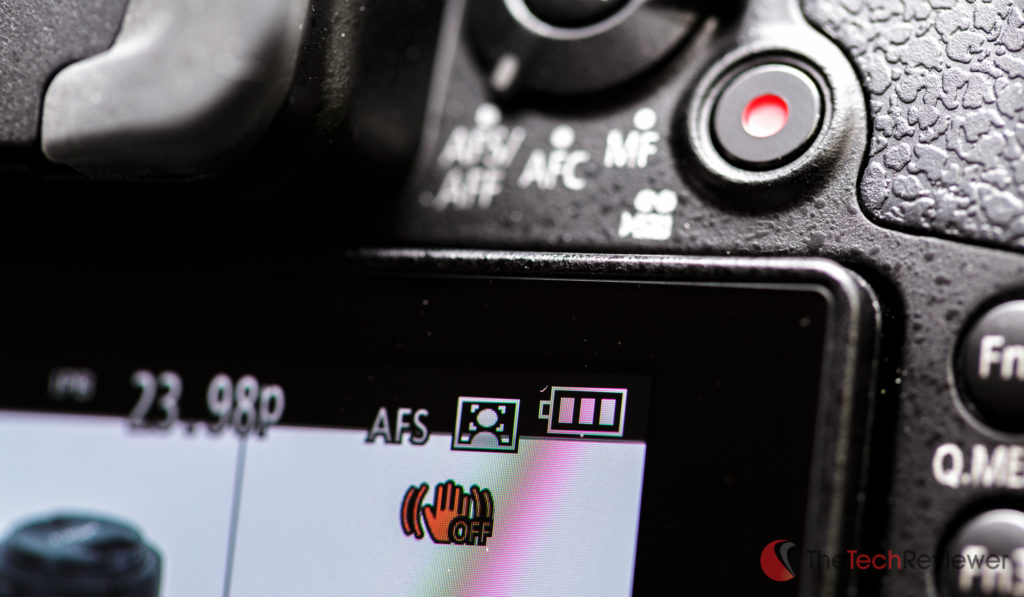 On a lot of 4K-capable cameras on the market, the battery life is one of the biggest trouble spots. This results in the frustration of needing to switch batteries often on-set or investing a small fortune in spare batteries. Luckily, the Panasonic's GH4 is a battery beast offering some of the best battery life for any DSLR or mirrorless camera currently on the market. Best of all, it only costs $31 for two aftermarket Wasabi batteries (excellent quality and performance) which also includes an additional charger thus eliminating the worry of my GH4's power all together.

Panasonic's GH4 is notable for being small, compact and lightweight. This isn't directly a video-specific feature, but this type of portability can be really handy when filming as it makes the camera very versatile and easy to use. This also results in less toll on your arms when handling for extended periods and saves precious space and weight when in storage. 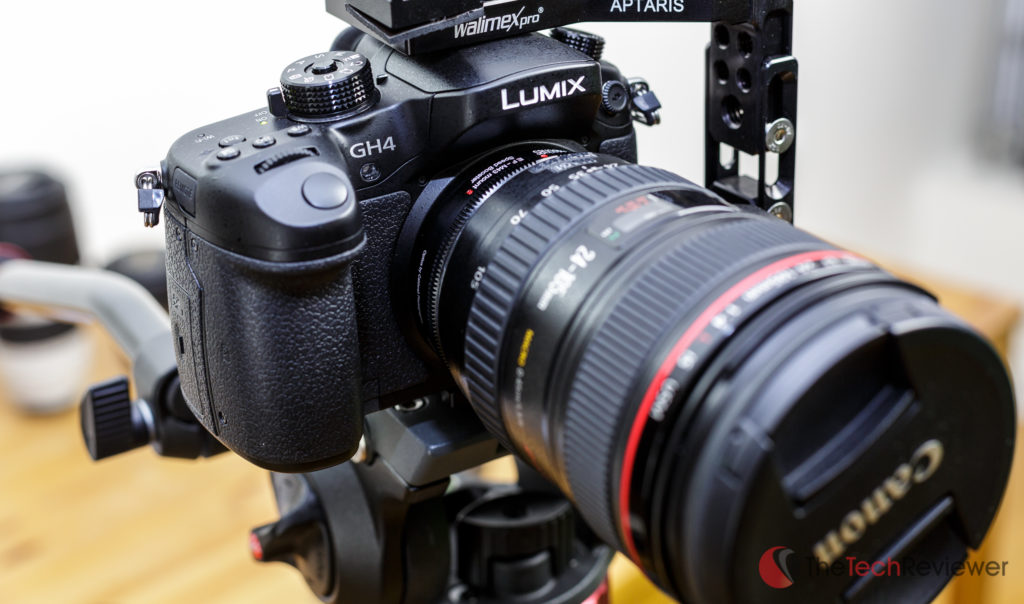 One of my biggest worries going into my GH4 purchase was whether or not I'd have to sell of my large array of Canon EF lenses that I had accumulated over the years. Luckily, there is an amazing aftermarket EF to Micro 4/3 adapter for sale made by Metabones. It isn't cheap by any means, but it works wonders with support for both electronic aperture adjustment and image stabilization with Canon or Nikon lenses depending on the mount you purchase.

The speedbooster model (higher-priced) offers the advantage of letting more light into the sensor by way of a negative crop factor as well as allowing for an extra f-stop (handy when trying to shoot with a large depth of field).

Convinced Panasonic's GH4 is right for your video needs?

Get The Best GH4 Deal Here