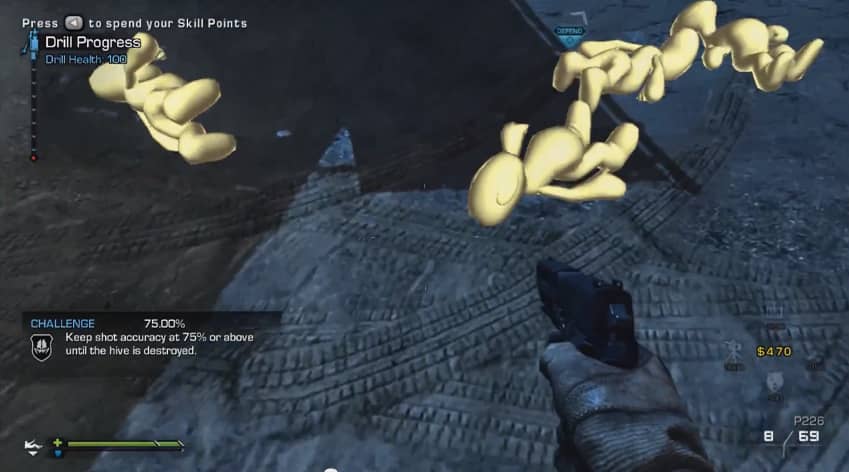 A unique easter egg has been found within the Call Of Duty Ghosts video game when playing in Extinction mode. YouTuber “Ali-A” was the first to introduce the easter egg to the gaming community via the YouTube video embedded above. By unlocking this easter egg you gain a temporary ability that causes small golden alien dolls to explode from within every alien corpse that you and your teammates kill. Sure, it isn't as cool as previous easter eggs found within the zombie modes of earlier COD titles, but is a neat little extra that the Ghosts developers threw in for hardcore fans.

Here is a step-by-step tutorial on the easiest way to unlock the “Golden Aliens” easter egg:

Keep in mind this easter egg only works for a small period of time (around a minute and thirty seconds) and can be initiated multiple times per game of Extinction. Some gamers found that these golden aliens appear to be identical (minus the color) to an alien doll found within one of the rooms in the Black Ops 2 Nuketown 2025 zombie map.

Enjoy the easter egg and stay tuned for more Ghosts related tutorials in the coming weeks!