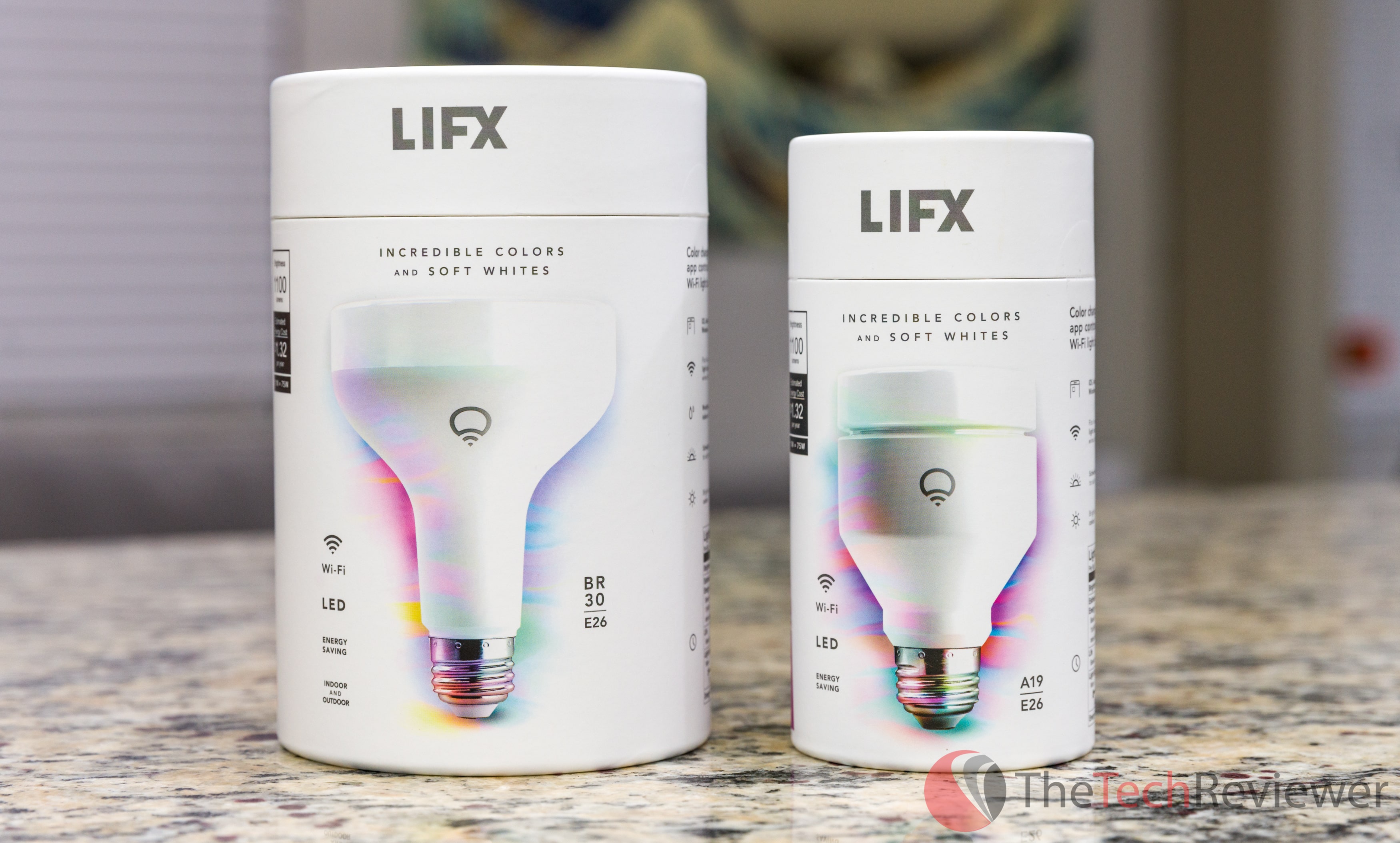 On the quest for the best smart light bulbs, we did our homework comparing dozens of models yet we determined the LIFX+ A19 ($104.63 on Amazon) takes the cake as the best currently on the market.

Smart light bulbs is one of the most popular product segments within the smart home movement. Independent startups and established household brands have begun releasing new models to try innovate within the space and gain valuable market share.

As Internet connections become faster and more reliable, it makes sense for consumers to invest in smart home accessories like LED bulbs, cameras, thermostats and appliances that can remain connected while on the go so you have full control at your fingertips from anywhere in the world.

How Do Smart Light Bulbs Work?

This is a great question that many consumers face when first being introduced to the concept so I'll do my best to explain. Smart light bulbs (also known as a wifi light bulb) is basically your standard LED light bulb, but it harnesses a tiny computer inside to allow it to connect to the Internet to accomplish certain tasks that a traditional bulb would not be capable of.

These tasks can range from simple (such as powering the bulb on remotely via your smartphone) to highly advanced (flashing the lights when you receive a text message) depending on the model.

While this technology seems like it would be too expensive to implement in your own home, you can pick up one of the bulbs in this guide for as low as $31 and since they are crafted with LED technology, these bulbs offer an extended lifespan in addition to the energy savings that LEDs are notable for.

In order to make sure you are ready to install a smart light bulbs, you'll need the following:

Once you are sure that you qualify for these three factors, you'll be able to purchase any of the following bulbs listed below and follow the included instructions or online installation tutorials to get up and running in just a few minutes.

In the remainder of this article, I will cover the top five smart light bulbs on the current market as of September 2017. Factors that were considered during the recommendation of these products included the price point, design, feature set, performance and compatibility with third-party integrations. Also, it is important to note that these smart light bulbs recommended below are rated for indoor use only, we do NOT recommend them for exterior use. 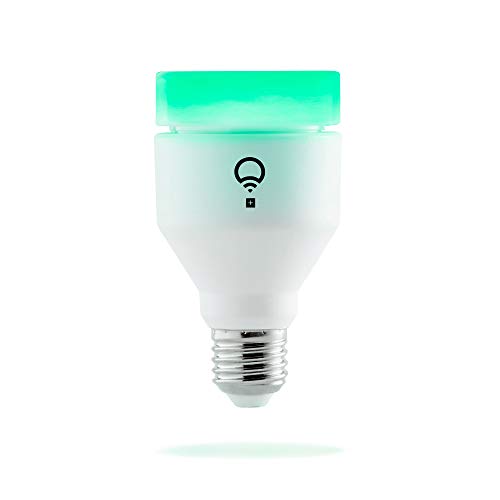 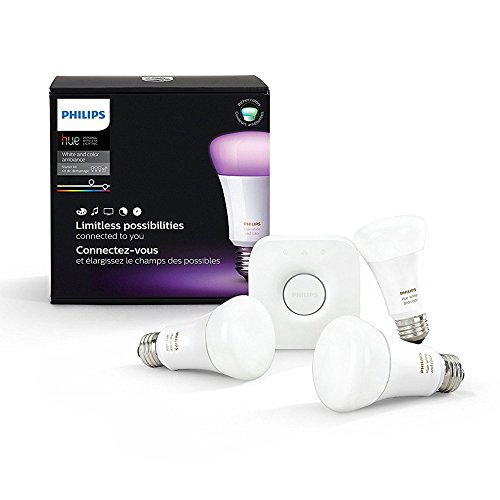 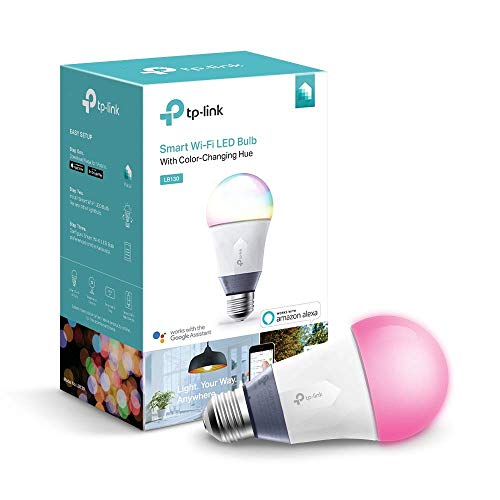 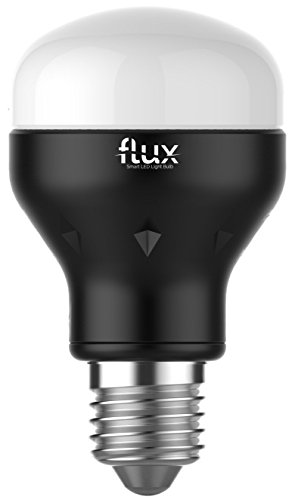 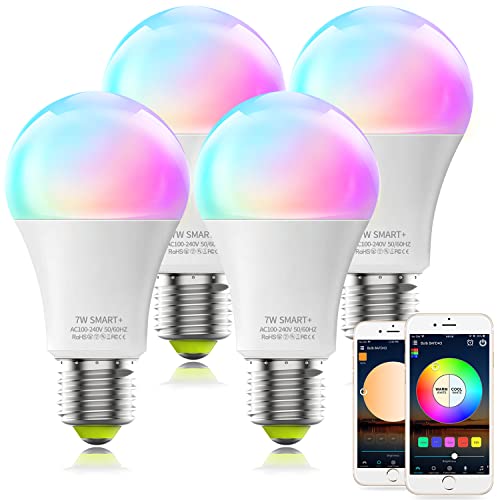 The Hue line from Philips is one of the original smart LED bulbs to hit the market and are extremely popular with consumers thanks to their wide availability in brick and mortar retailers like Lowe's and Home Depot. However, it does require a dedicated hub to provide its smart functionality. This means that you cannot buy a single bulb unless you already own their starter kit.

Consumers who wish to invest in the Philips Hue ecosystem will need to first purchase their A19 starter kit that runs for almost $200 although this includes the standalone hub and three color LED bulbs (capable of producing millions of colors). Each hub can manage up to 50 lights and once installed, the system can be configured to work with other popular smart home products like the Nest, SmartThings or Amazon Alexa.

*EDIT* (9/28/17) – Amazon has just unveiled their Echo Plus (priced at ) which includes a built-in hub for Philips Hue models. In this case, you can purchase a single bulb or pack of bulbs while utilizing the Echo Plus as the sole hub to control them. 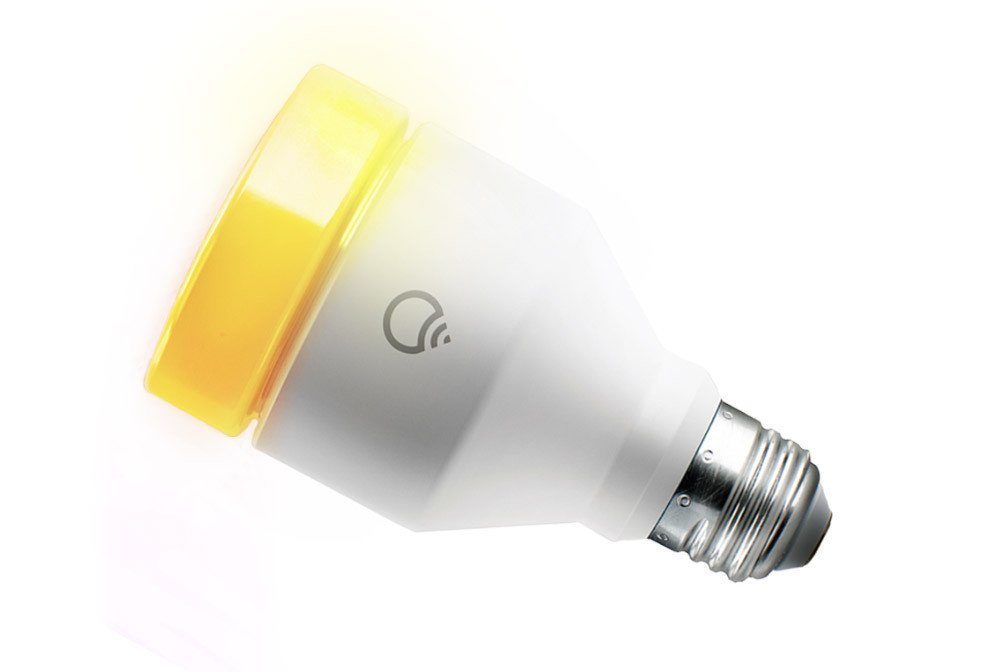 One of the most popular smart light bulbs on the market, LIFX originally started as a crowdfunding campaign and has since released several new generations. Their LIFX+ A19 model is the newest with the best design and feature set for the price-point.  This model is more compact than previous generations with more features and the added benefit that it does not require a hub.

While the plus model has advanced support for infrared home security cameras, they also offer a standard LIFX A19 current generation that sacrifices the infrared support for a slightly lower price along with greater efficiency. This LED model only puts out 11W at max brightness, but this is equivalent to a traditional bulb running at 75W.

Like the Philips Hue model above, the newer LIFX models are compatible with many third-party solutions including Nest, Amazon Alexa, and IFTTT (If This Then That). This is our editor's choice for any consumer looking for a smart light bulb due to its affordability, versatility and performance. 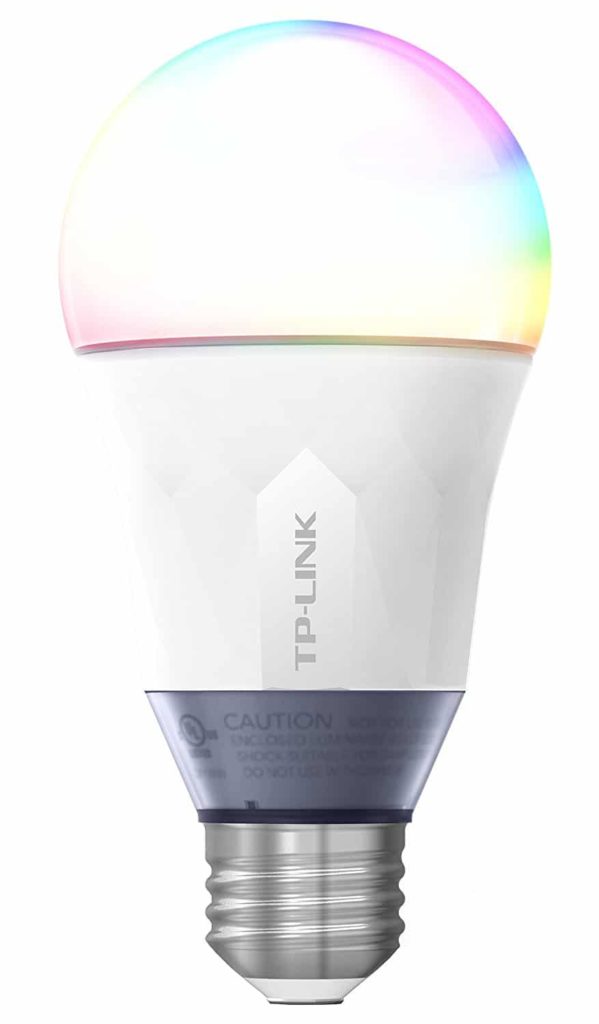 The TP-Link LB130 is similar to the LIFX in that it does not require a hub to function and can display a multitude of colors and brightness levels. The LB130 does support use of voice commands through Amazon's Alexa devices or manually through the Kasa mobile app (Android & iOS).

TP-Link rates their LB130 bulb with a 22.8 year lifespan powering up to 800 lumens or comparable to a traditional 60W bulb. It doesn't offer as extensive support for third-party smart home integrations, but it can be paired with Amazon Alexa or Google Assistant. While the LIFX line is a more attractive option for more, the TP-Link is still a great choice for those who want similar functionally at a lower price-point. 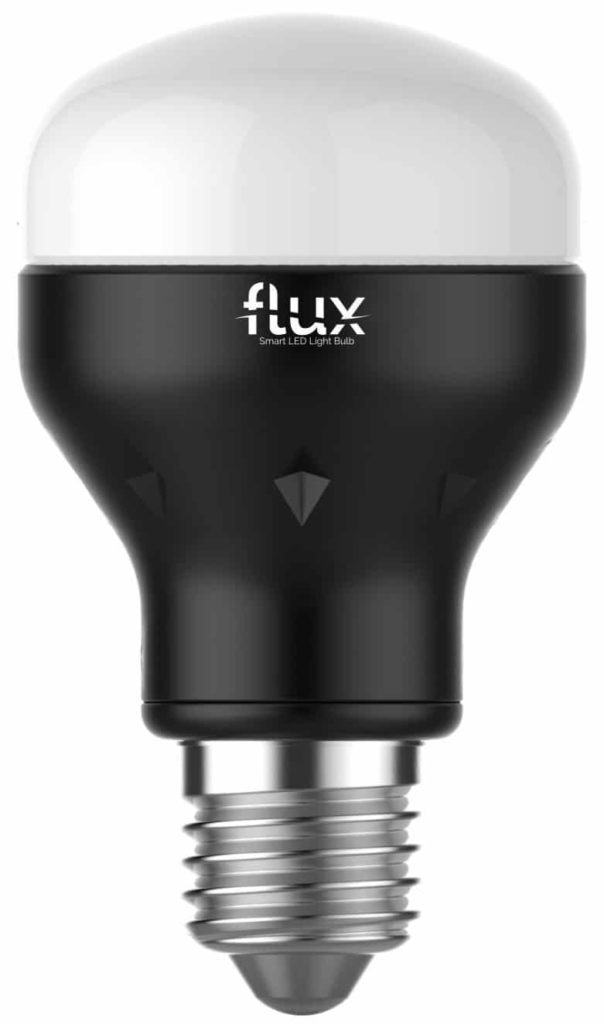 The second generation Flux bulb offers plenty of features for the low price of just $34. While you get the ability to control the light's brightness and color hue via your smartphone, it lacks the advanced integrations of the some of its high-end competitors.

Its design is free of a hub with one of the fastest startup times coming in a less than a second to boot after the switch is turned on. Flux's 2nd generation bulb is also equivalent to a 40W bulb which is notably lower than its competition, but still sufficient for many household needs. 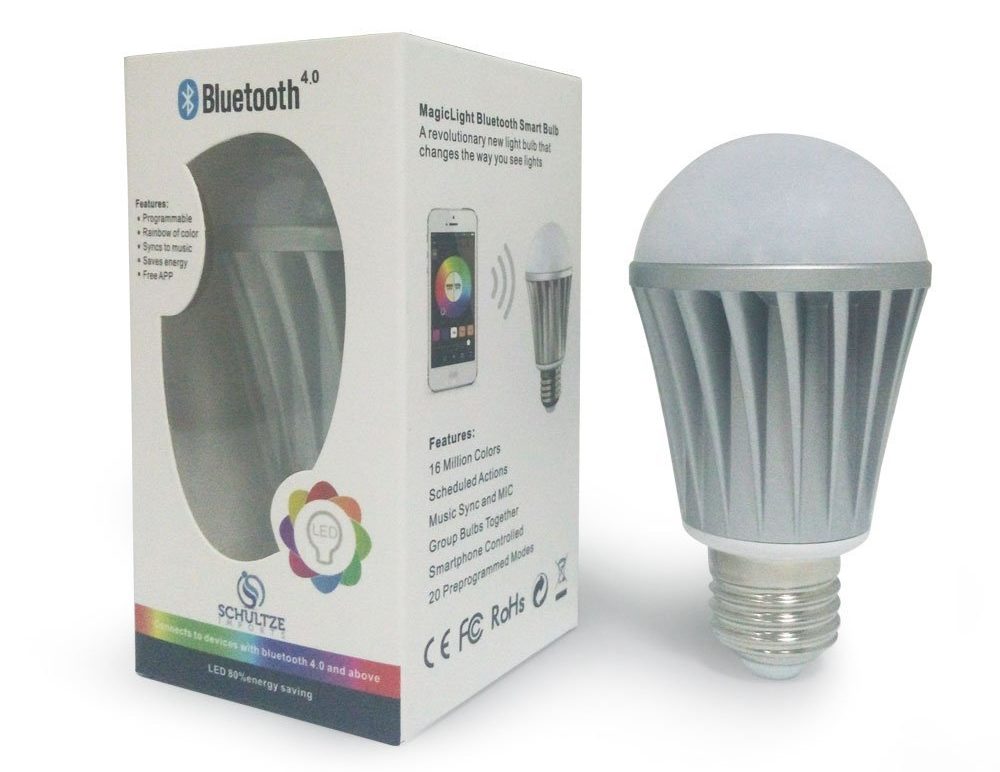 The MagicLight is bringing up the budget end of our recommendations with weaker specs and a pretty cheap design yet still offering the basic capabilities many consumers seek for a smart light bulb. Settings can be adjusted through the ‘MagicLight BT' mobile app (even has support for the Apple Watch) including brightness and color hue with advanced options like music sync and time schedules.

You'll expect to get about 20,000 hours of lifespan per bulb and it can emit the amount of light you'd expect with a 40W incandescent bulb while saving money by only utilizing 7W or 17.5% of the power draw.

Have another wifi light bulb that wasn't mentioned that you think should have made the list? Suggest it in the comments below.