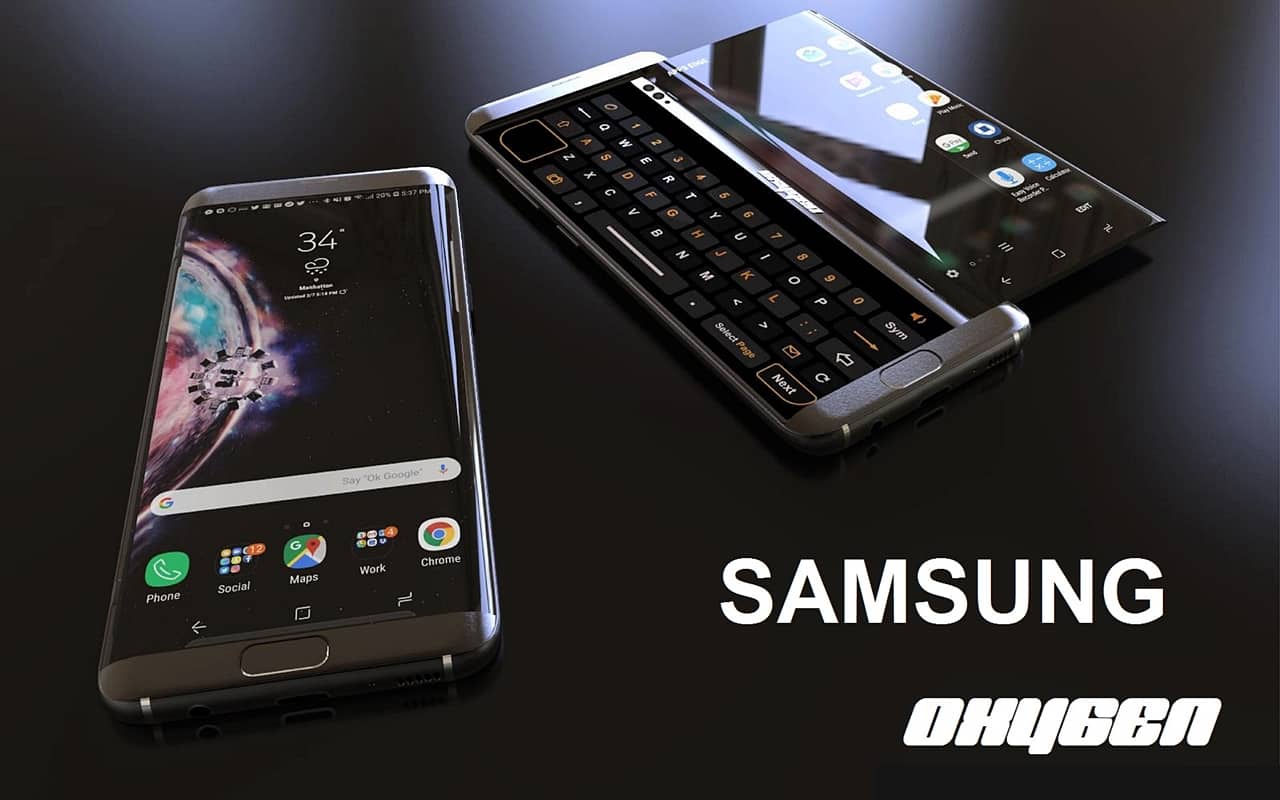 The Truth Behind The Viral Samsung Galaxy Oxygen Smartphone Concept

Upon browsing Facebook earlier today, I came across a massively viral post shared from an old friend which supposedly showed off photos of the new Samsung Galaxy Oxygen smartphone with a slider design much like the old T-Mobile Sidekick phones from back in the day (most similar due to the slide out QWERTY keyboard).

Article Shortcuts (Jump To A Section)

Is The Samsung Galaxy Oxygen Real? The True Origin Story

What Are The Galaxy Oxygen Specifications?

When Is The Samsung Galaxy O Oxygen Release Date

What Is The Price Of The Samsung Oxygen?

Being so heavily involved in the tech world, I immediately was surprised to hear of this new Samsung Oxygen phone that I had never heard of and dug deep to find out if it is indeed a real or fake concept.

There are a few competing articles discussing the Galaxy Oxygen although even some of them are misrepresenting the truth about these viral images.

We promise to only provide legitimate information about this highly anticipated Samsung Galaxy Oxygen model so rest assured you are in good hands.

In the remainder of this article, I'll cover all the major information about the Galaxy Oxygen including the true origin story, release date, price and tech specs.

Is The Samsung Galaxy Oxygen Real? The True Origin Story 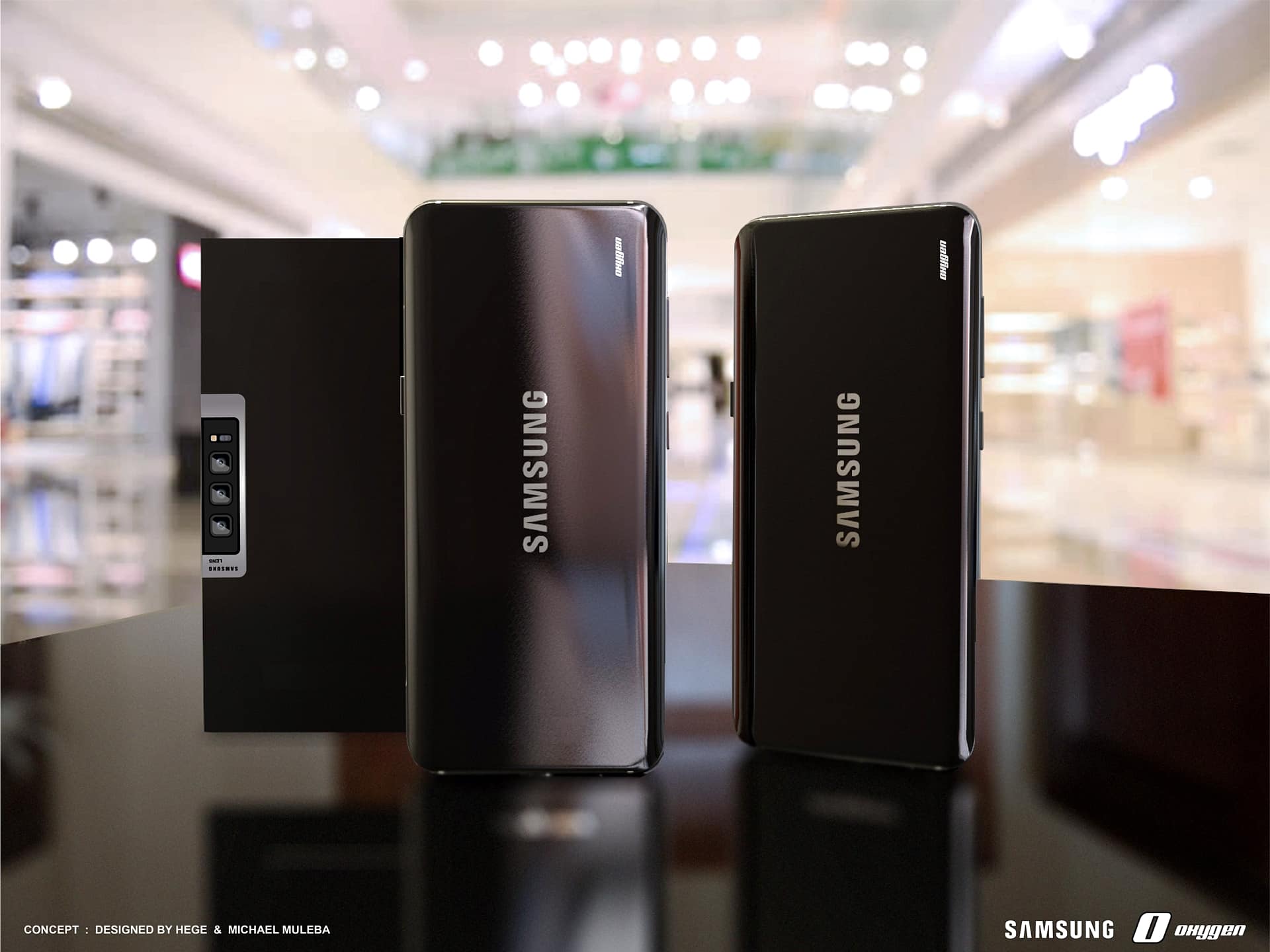 At first glance, the images of the Samsung Oxygen look legitimate to the untrained eye although I hate to be the bearer of bad news and tell you that the photos and viral FB post are indeed fake and merely a concept phone by a talented freelance designer. Samsung has never hinted or officially announced anything related to this slider smartphone concept.

While the images do look convincingly real, the truth behind the Oxygen smartphone concept comes from the ‘Designed by Hege' YouTube channel. The Samsung Oxygen concept phone was created by someone named Hege in addition to the help of a man named Michael Muleba.

The original video is only 1 minute and 27 seconds in length. It is just a slideshow of the concept images with no actual video with any form of prototype or anything of that nature as the actual Galaxy Samsung Oxygen smartphone is not real.

From what we known, Samsung has no sort of affiliation with Hege or Michael Muleba. These images are just fan-made concepts and have no official connection with the electronics manufacturer so you should not expect it to actually be released anytime soon.

Based on the description of the YouTube video, the releasing of these renderings are trying to get the design pair's name out there stating “For 2D or 3D Work, Designs, Ideas or Sponsorship you can find me here…” alongside their contact email.

With the huge number of eyeballs that have viewed their designs on Facebook and YouTube combined, I'm sure someone has reached out to them to utilize their design services for another purpose.

What Are The Galaxy Oxygen Specifications?

Again, this concept of the Oxygen phone isn't real so the technical specs are indeed pretty pointless to go over. However, Hege did include a brief description of the specifications that he envisioned while creating this content in the description of the original YouTube video:

Samsung Oxygen is designed with user comfort in mind.
Integrated with a sliding ‘Royole ‘ screen, the smartphone reveals a second display that offers access to an QWERTY keyboard.
This makes lengthy chats or messages simple to type out, while also enhancing the overall experience to feel less constrained by a single screen.
Samsung Oxygen is equipped with the triple-lens camera system in the sliding screen portion that works to protect it between uses and keep the aesthetic of the device looking trim.
The front of the device features a curved display, fingerprint scanner embedded onto the screen, led notification alert, ear speaker
and sensors which are embedded under the screens.
There is also a physical button, when pushed, it will eject the top display.
The button is placed inside the body of the phone. That way you can not eject the front display by accident.
The back of Samsung Oxygen features clean and minimalist design and a removable 5,000 mAh battery. 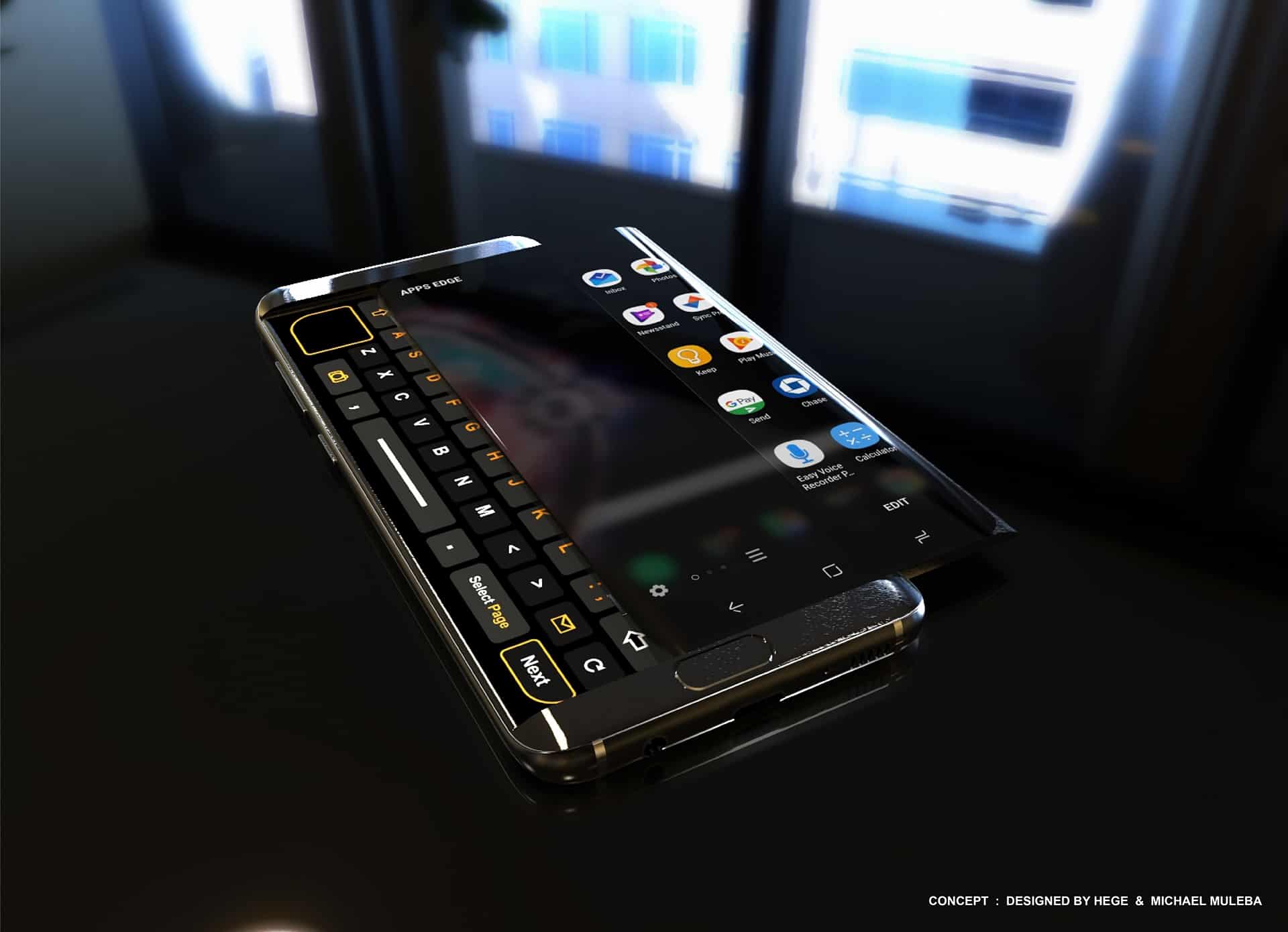 When Is The Samsung Galaxy O Oxygen Release Date?

As stated multiple times thus far, there is no confirmed release date for the Samsung Galaxy O smartphone because it was just a fan concept that went viral by chance.

While we understand a lot of you were hoping to see a concrete release date officially sanctioned from Samsung themselves, there is none and we don't think there ever will be. 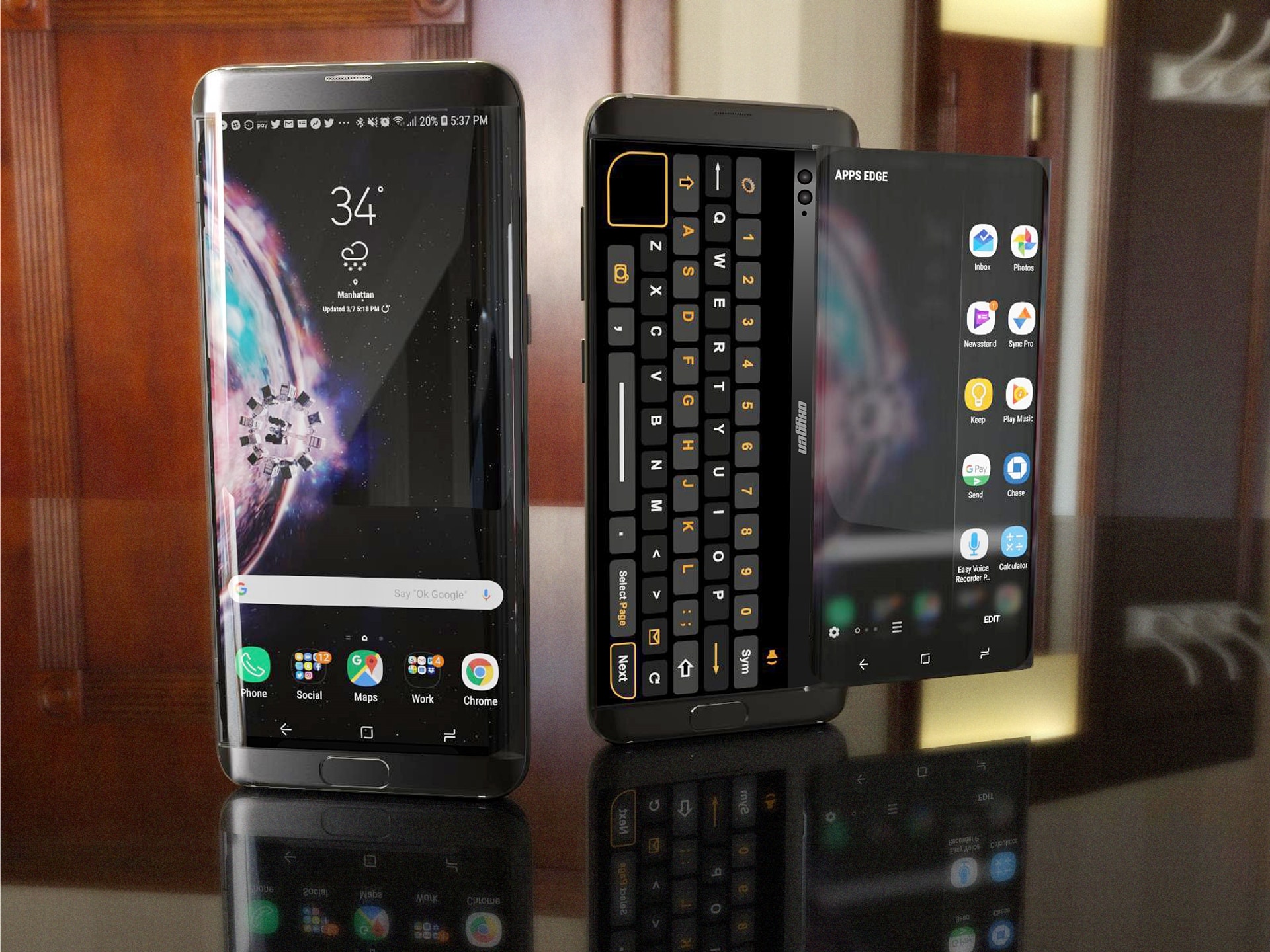 Does this mean that we will never see the Samsung Galaxy O Oxygen? No, I am sure the mass attention and viral status of these renderings among social media has made its way to the Samsung PR team at some point or another.

With such a large amount of interest, there is a chance that Samsung could find a way to develop the Oxygen phone although the technology may not be ready right now. In an intense smartphone war with companies like Apple, LG, Google and HTC, any advantage Samsung can get over their competition to drive phone sales is worth looking into further.

What Is The Price Of The Samsung Oxygen?

Since this model has no merit to actually being manufactured, sold or distributed to consumers, there is no further info on any possible Galaxy Oxygen price. If it was actually going to be produced and sold, we would assume the price would be in line with the top Samsung Galaxy Note 9, S9, or S9+ as well as Apple's newest iPhone XS and XS Max or the Xiaomi Mi 8.

The smartphone market has grown tremendously overall through the past decade and most of the flagship models (like we assume the Samsung Oxygen would be), are now costing anywhere between $750-$1000. 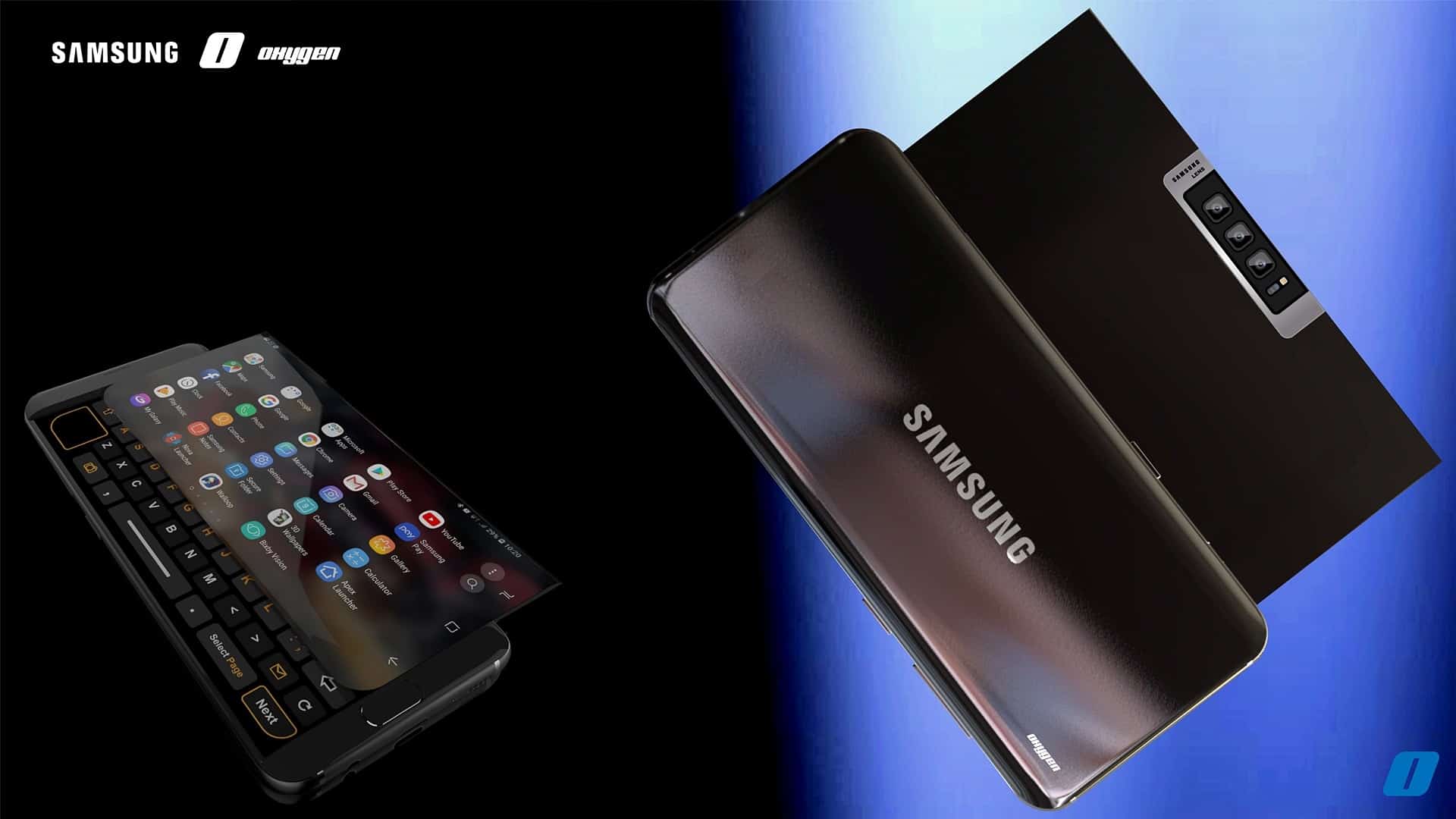 As we know by now, the Internet isn't always a kind place and there is A LOT of content out there that is false, fake or just misleading. While the original creators of this Galaxy Oxygen concept design weren't intending on duping anyone when they released this images, others were able to copy the images and distribute them on social media without referencing the original source and situation.

Should anything change in the future due to the viral hype and attention that this Oxygen phone has gotten over the past few months, we will be sure to update this article to reflect this with any real pricing information, release date or technical specifications.

Hope this article helped you clear up the truth about the fan concept device for the Samsung Galaxy Oxygen, I am sorry to be the bearer of bad news that it is indeed fake and it is not a legitimate smartphone that is set to be manufactured or released anytime soon.

Our team hopes this article informed you about the !