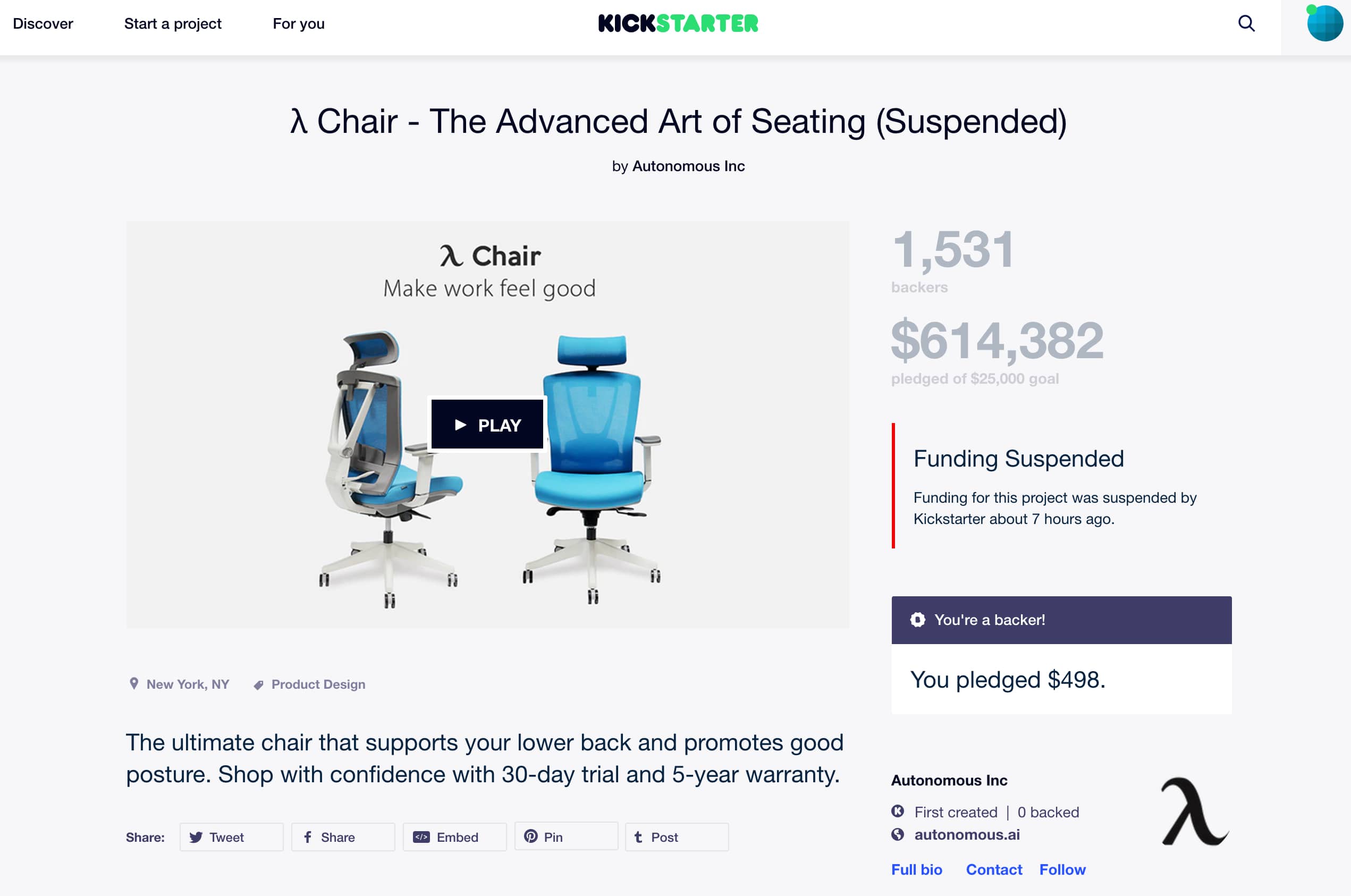 We previously posted a write-up on the Autonomous Smart Chair which surpassed its $25K funding goal just 30 minutes into the campaign. Since then, the campaign has made great strides ultimately scoring a whopping $615K in raised funds and today marks the final 24 hours eligible for new backers.

Since I had backed the campaign myself at the discounted rate for a two-pack to have some extra chairs around the office, I was met this morning (8:53 AM EST) with an email from the campaign through KickStarter that said the following:

Thanks again for supporting our campaign. Our campaign has finally reached its last 24-hour. It has been an amazing campaign and we could never achieve this success without your incredible support.

The first stretch goal of $600,000 has been unlocked. Everyone gets a FREE desk hammock.

This was an exciting email to receive as it seemed as though the campaign was moving along smoothly and it would be just a matter of time before I received my chairs.

To my surprise, I received a very different email from Kickstarter just 35 minutes later (9:28 AM EST):

This is a message from Kickstarter’s Integrity team. We’re writing to notify you that the λ Chair – The Advanced Art of Seating (Suspended), project has been suspended, and your $498.00 USD pledge has been canceled. A review of the project uncovered evidence that it broke Kickstarter's rules. We may suspend projects when they demonstrate one or more of the following:

Offering purchased items and claiming to have made them yourself
Presenting someone else’s work as your own
Misrepresenting or failing to disclose relevant facts about the project or its creator
Accordingly, all funding has been stopped and backers will not be charged for their pledges. No further action is required on your part.

We take the integrity of the Kickstarter system very seriously. We only suspend projects when we find strong evidence that they are misrepresenting themselves or otherwise violating the letter or spirit of Kickstarter's rules. As a policy, we do not offer comment on project suspensions beyond what is stated in this message.

Doing some quick research online, it appears a user on Reddit spotted the campaign and realized this chair was a model that already was offered from a Chinese company called Maratti and is simply being resold under the campaign to the US market.

He even provided a link that has since been taken down, but the Google cache still shows the same chair displayed on their website: 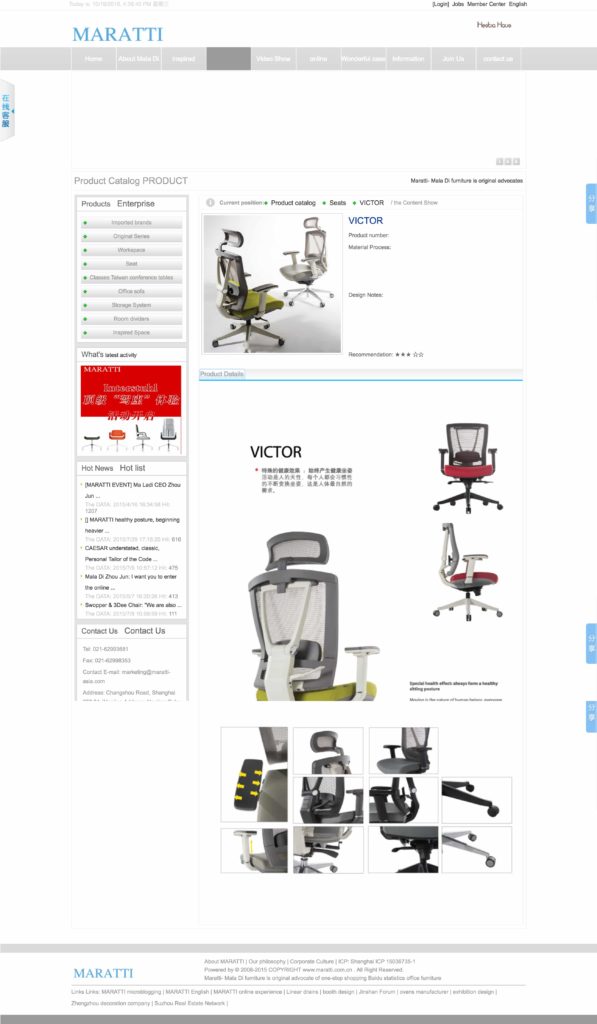 The angry user showed his dismay about the terms of service violation and urged other Redditors to report the project as it breaks their crowdfunding platform's ‘prohibited items' section where it clearly states:

Resale. All rewards must have been produced or designed by the project or one of its creators — no reselling things from elsewhere.

This discovery and the power of the Internet seems to have been strong enough to bring the matter to the attention of the Kickstarter Integrity team which confirmed this was indeed a clear violation thus suspending the campaign.

Since I had prior email contact with an Autonomous representative, I send him a brief email asking the state of the campaign and their side of the story. This is what I received as a response just minutes after:

We are working on this to reactivate the campaign. Kickstarter does it very bad again. No heads up, nothing at all. Just someone reported us even we asked that website to remove the link. That's really bad from Kickstarter again.

As of now the campaign remains frozen and there is no more backing available despite the campaign's end date not being reached. Anyone who backed the campaign up until now has nothing to worry about as all existing pledges are canceled, and no money had been exchanged this early into the campaign's status.

I will report back if any new developments are made concerning this matter.

UPDATE (10/20/16): Autonomous has confirmed the Kickstarter campaign is permanently suspended therefore they have opened up pre-orders the smart chair on their website at a discounted rate of $179 (10% off Kickstarter early backer rate). Orders were said to be open at 11am EST, but opened three hours early without notice. Those interested can order a chair, but this late you won't be receiving one until 2017.

UPDATE (11/11/16): We received our ErgoChair and have posted a written review. Stay tuned for a video review that will go on our YouTube channel in the near future.