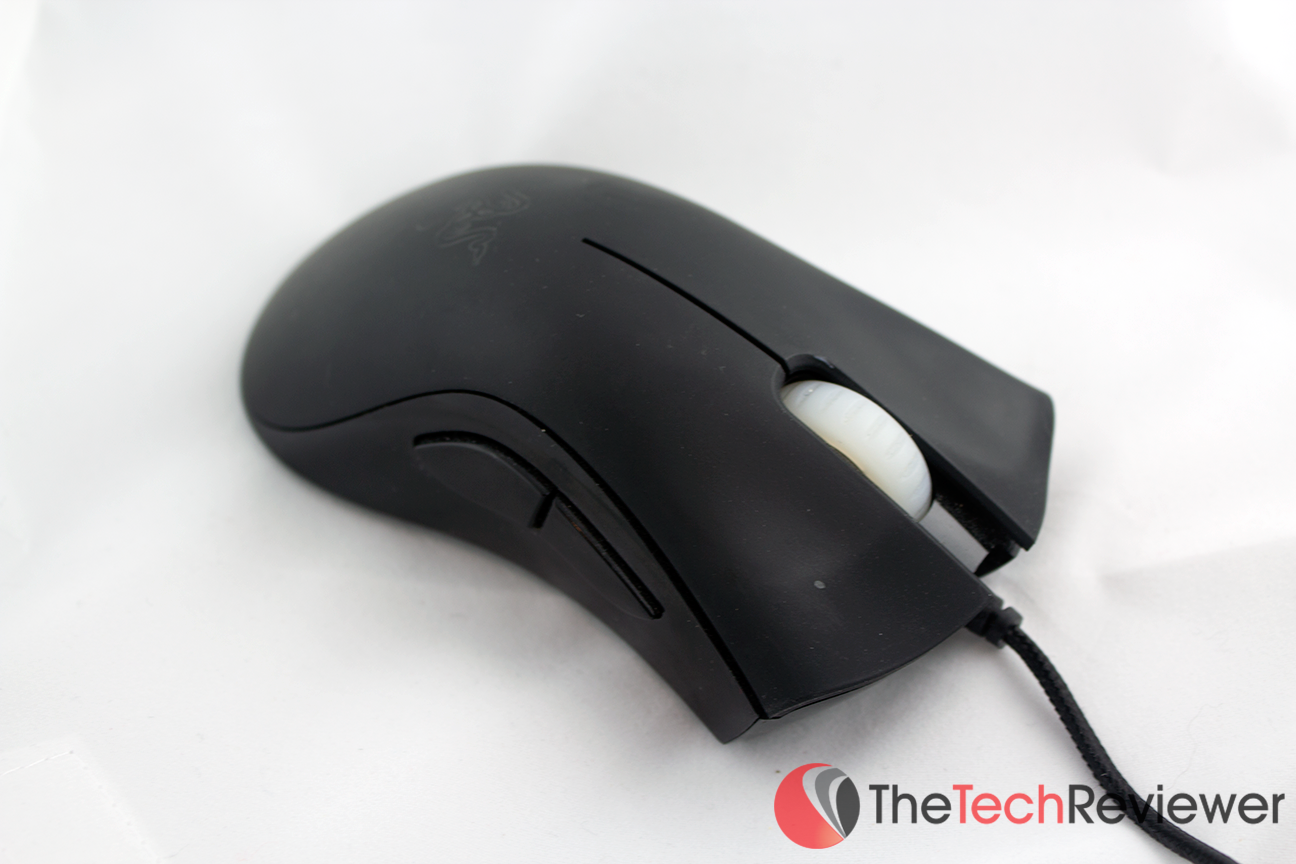 Left handed gamers have been having to deal with unequal treatment when it comes to accessories such as mice for quite some time. There have been countless gaming mice over the years released specifically for right handed gamers giving them more buttons for their convenience as well as an ergonomic design making long gaming session more comfortable. For those of us who are left handed like myself, we were always at a disadvantage as we would be stuck using the traditional two button mice that are uncomfortable and that fail to possess the abundance of useful features. Razer answered this calling and produced the best left handed gaming mouse found on the market. Taken from their popular right handed DeathAdder model, they duplicated the design except this time flipping it to cater specifically for left handed users.

The design and build quality of this mouse is top notch. It feels great in your hand and the comfort after long gaming sessions is significantly noticeable. There are blue lights emitting from the scroll wheel as well as the logo in the middle of the mouse, but these can be configured on and off through the software provided with the mouse. The main downfall of this build material is that it is prone to get dirty easily (as you've probably noticed when looking at the product images). This is not a deal breaker by any means since your hand is usually covering the majority of the mouse when in use. Unlike some of Razer's other models, this mouse is strictly wired and cannot be used wirelessly. To some people this is an big issue, but for me I prefer it that way since I hate having to deal with the extreme annoyance of batteries dying in the middle of a Starcraft match or any situations similar to that. The nice part about this cord is that it is 7 feet long, lightweight, and wrapped in a mesh like material that helps keep it from getting ruined through transportation or storage.

The performance of the DeathAdder left handed mouse is where it really shines. There are five independently programmable “hyperesponse” buttons that can be used for executing different commands or controls in game. I found these super useful when binded to traditional keyboard commands in Starcraft 2 which improved my actions per minute (APM) and strengthened my overall game. Compared to the $10 generic 2-button mouse I was using before the DeathAdder, the mouse movement is much more precise and smooth. The responsiveness is on a much higher level and the company boasts its response time to be recorded at 1ms compared to 8ms found in the majority of conventional gaming mice. The folks at Razer took into consideration that not everyone likes an extremely sensitive mouse so they built in an “on-the-fly” sensitivity adjustment option. Using this you are able to change the dpi settings to what suits you most comfortably quickly and easily.

Overall, I HIGHLY suggest this mouse for any prospective buyers. I have used other competing left handed mice in the past, but this is the only one so far that is dedicated to gaming and actually gets the job done effectively. I am extremely happy with this purchase and it has drastically effected my overall comfort and productivity since I started using it. To sum it up, this is hands down the best left handed mouse on the market whether you are going to be using it for gaming or not and it should be a purchase you should not hesitant with. As a left handed gamer, Razer I give you my thanks!