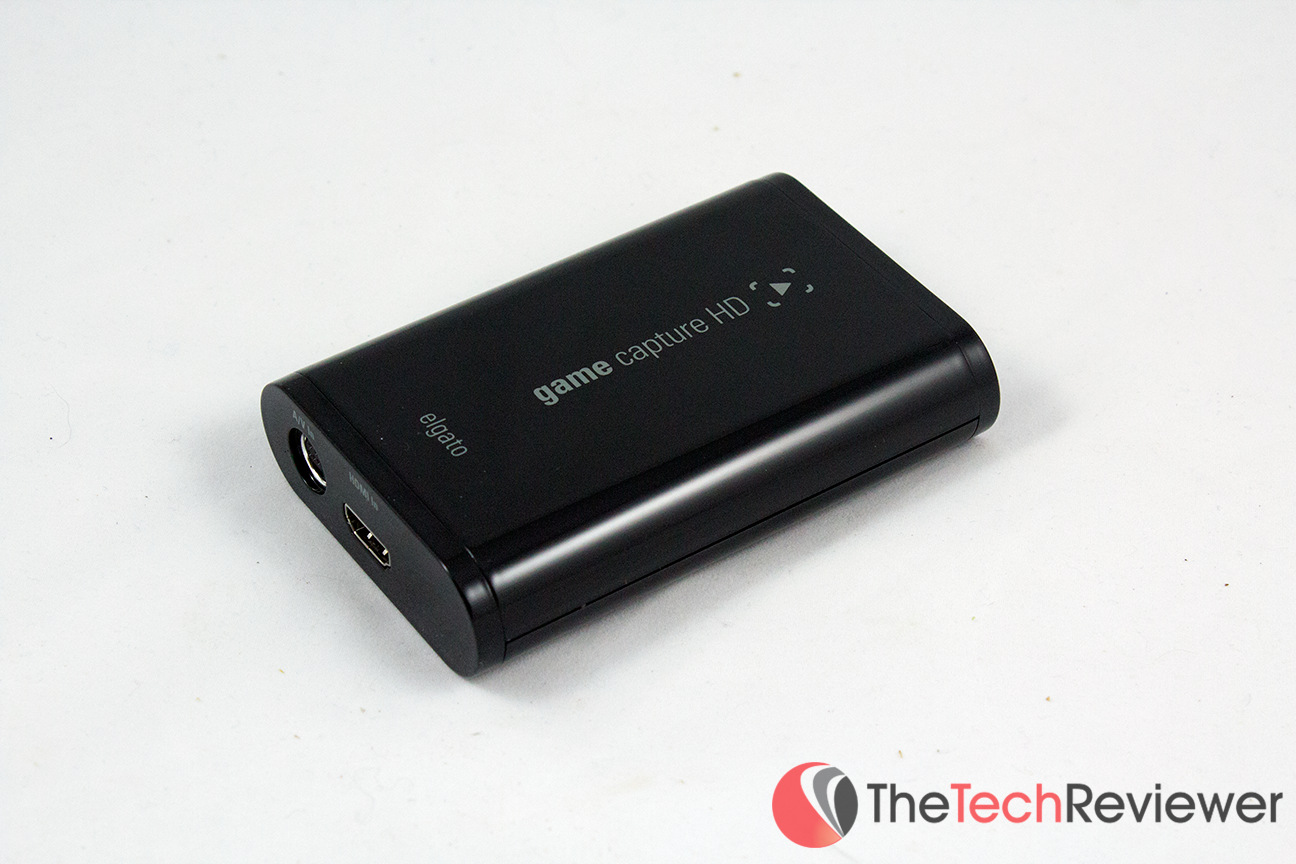 Recording high definition gameplay from your Xbox 360 or Playstation 3 is becoming a common thing nowadays with more people wanting to show off their skills, create montages, share achievements, tips and tricks to their family, friends, or with online gaming communities. There are a variety of different devices offered in which consumers can accomplish this task, but today I am going to take an in-depth look at the Elgato Game Capture HD. Priced at just under $160, the Game Capture HD is one of the more expensive options in comparison to evenly matched competitors such as the the Hauppauge HD PVR 2.

Upon opening the Elgato Game Capture, I was surprised at how small and portable the device truly was. It is only about the size of my wallet and consists of a glssy black box with rounded edges and multiple inputs on each end. The build quality is nothing spectacular, but realistically it doesn't need to be considering the device is just going to be stationary in most cases and not meant to take a beating. On one end there is the the ‘HDMI In' port as well as the ‘A/V In' (which is required for PS3 use) and on the other end there is the ‘HDMI Out' port accompanied by the Mini USB Port which is used for connecting to your computer as well a supplying sufficient power to the device. There are no other external power cords or additional cables needed to use this device.

The setup is ridiculously simple only requiring you to plug in the HDMI cables (for Xbox 360) or one HDMI cable and the Playstation 3 cable. After you've done that, you just need to plug the USB cable into your computer and fire up the Elgato capture software then you're good to go! The software is compatible with both Mac OS X 10.7 (Lion) or later as well as Windows 7 or later. You can download this software free of charge from the Elgato website.

After getting a chance to test out the software I found to to be top notch and much better than I anticipated. The developers clearly set out with a goal to be extremely user friendly and they were successful. Besides the standard push button recording feature it also has a native live streaming function that will allow users to go live on Twitch.tv with the click of a button. For advanced streamers, the Elgato Game Capture HD even supports XSplit to make your live streaming look as professional as possible. The supported resolutions for capture include:  1080p (simultaneous 60 fps pass-through and 30 fps capture), 1080i, 720p (60 or 30 fps), 576p, 576i, 480p, 480i, 288p, 240p.

Another notable feature is the built-in ‘flashback' mode that will capture your gameplay even if you forget to hit the record button. By utilizing this feature you can rewind back to that awesome kill, amazing catch, or hilarious glitch and not miss a thing. One of the biggest problems with capturing HD footage is the amount of hard drive space the footage takes up. Luckily, Elgato took this into consideration and enabled H.264 encoding on all your footage to ensure the smallest file sizes while maintaining the crisp and clear HD quality.

I have been using this device to capture all my gameplay for The Tech Reviewer and my own personal use. From my experience the product is the real deal and could not be any easy to setup or use. The software is phenomenal and does everything I expected and then some. I was a bit hesitant to purchase this product due to the high price tag, but let me tell you from my personal experience it is worth every penny. Hands down this device blows away the competition with its simplicity, stability, and advanced features. When capturing footage it is lag-free in terms of your gaming experience and there is no noticeable difference compared to when playing with the device disconnected. You can see an example of me using the Elgato in action while recording Halo 3 in 1080P below.

Overall, the Elgato Game Capture HD is an amazing product and well worth the premium price tag. It can record in full 1080P HD and also has the ability to live stream natively via Twitch.tv through the Elgato software. I absolutely recommend this product for any prospective buyers and I firmly believe it is the best device currently on the market to record high definition gameplay whether it be from an Xbox 360 or Playstation 3 console.